Rockwell store brings together best of North Carolina in one place 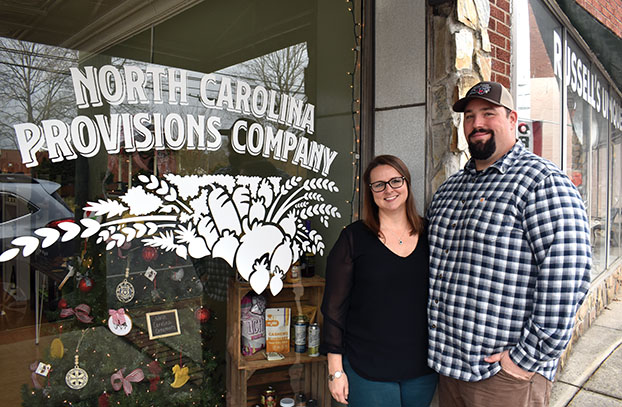 Heather and Charlie Ashby stand in front of their Rockwell store, which carries a number of products made in North Carolina. The couple was inspired to open the shop after traveling to various North Carolina towns, where they often found something tasty or unique. Ben Stansell/Salisbury Post

ROCKWELL — If you ask Charlie Ashby about one of the products in his store, he’ll probably tell you a story instead.

He and his wife Heather Driskell Ashby are the owners of North Carolina Provisions Company at 110 E. Main St. in downtown Rockwell. It opened to the public on Black Friday and the shop is stocked with candles, snacks, produce, beer, wine, coasters and other tchotchkes, all of which come from companies in the Tar Heel state.

“Everything in here is made in the state of North Carolina,” Charlie said. “We wanted to do that to highlight local businesses.”

Looking for an item not made in the state? Too bad, Charlie said.

The newlyweds started contemplating the idea of a North Carolina-only store when they started traveling to various cities and towns across the state.

“We would enjoy getting in the car and driving,” Heather said. “Wherever we ended up that day, we would stop by a couple of the breweries and do a couple tastings and then walk around and explore the little towns.”

Charlie and Heather especially enjoyed trips to the mountains, where they stopped in towns such as Brevard and Marion.

Although they tossed around the idea of opening up a shop of their own, that remained just a dream for a while. Both of their schedules wouldn’t have allowed for the time commitment, with Charlie being a detective at the Rowan County Sheriff’s Office and Heather having a full-time job at Coca-Cola’s corporate office in Charlotte.

Eventually, Heather made the decision to give up the long and traffic-filled commute in favor of pursuing the couple’s dream.

“It was very nerve-racking,” Heather said. “I’d been there so many years.” 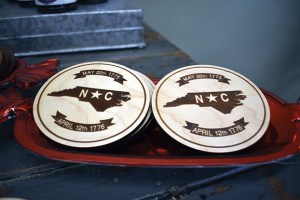 The couple came across the storefront in Rockwell only a week after a deal for another potential location fell through. Charlie was the one who spotted the “for rent” sign in its window and he quickly made contact with the owner. This time, the deal went off without a hitch.

“God has opened every door over and over,” Charlie said. “It’s really worked out.”

Heather now runs the shop, which is open Wednesday through Friday from 11 a.m. to 7 p.m. and Saturday 9 a.m. to 4 p.m. Charlie chips in when he can, manning the store after he gets off work and on Saturday. A gregarious salesperson, he’s likely to offer customers a taste of what they’re interested in so they can make an informed decision.

“This is a way I can help folks and it’s not on the worst day of their life,” Charlie said. “I can come here and talk about a cracker I really enjoy for 10 minutes and it’s not a negative interaction at all.”

The store is closed on Mondays and Tuesdays because that’s when Heather drives to their suppliers to pick up most of their products.

The store stocks products that Rowan Countians may or may not be familiar with, even though most of them are made within driving distance of Rockwell.

The store has ice cream and milk from Cheek Farmstead Creamery, located in the mountains of North Carolina. The farm’s chocolate milk might look a little different than what customers are used to because it doesn’t skim out the rich butter fat that’s often robbed from milk to make other products.

Sweet wines made in Albemarle, Lexington and Dobson have been big sellers. There are glass bottles of local honey and jams in addition to potato chips and energy bars. Hanging on the walls are wooden cutouts of North Carolina with spots for used wine corks to go. The store also sells bath bombs and shower steamers made by Heather’s mother, who is a certified aromatherapist and retired nurse.

Charlie and Heather are especially proud of their fridge full of craft beers, since local brews are what sparked their initial interest in opening a shop. There are cans in the fridge from Haw River (Graham), Paddled South (High Point) and Morgan Ridge, among others. 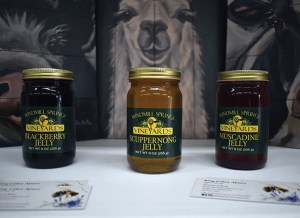 While some produce is available now, Charlie said the store will stock more in the spring and summer.

The goal of the entire store, Charlie said, is for them to share what they’ve found with their own community.

“When we would travel we would always say, ‘We need to bring this back to where we are,’” Charlie said.

Charlie and Heather plan to keep adding more products to their store, which shouldn’t prove too difficult.

“It’ll always be changing,” Charlie said. “I joke with (Heather) that every time we go on vacation we’ll come back with 10 to 15 new items to put on the shelves.”

More information about the store can be found on its Facebook page or by calling 980-332-8233.