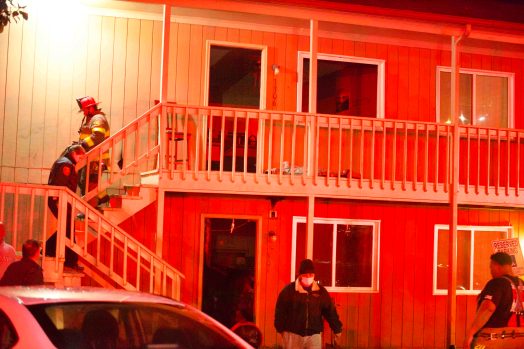 Carl Blankenship/Salisbury Post - A dog was killed due to smoke inhalation and both apartments were damaged. 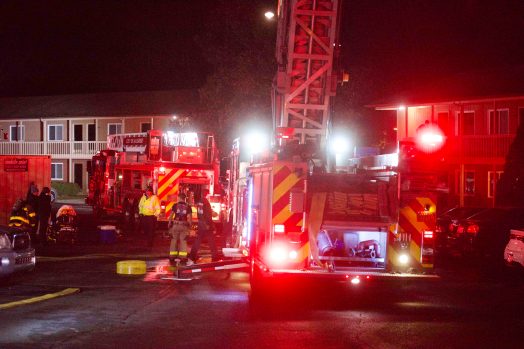 SALISBURY — A Sunday fire at Lakewood Apartments off of Statesville Boulevard damaged two units damaged and killed a family pet.

The fire started in the wall of apartment 1301 at about 6 p.m. and made its way up to a bedroom in apartment 1306, directly above 1301. Firefighters extinguished the small blaze about 5-10 minutes after arriving. Emergency vehicles lined the back portion of the apartment complex off Statesville Boulevard after the incident.

“Firefighters made a quick stop,” Salisbury Fire Department Division Chief David Morris said. “They got here relatively quick and they were able to get water on the fire within the first five minutes.”

Morris said the incident is under investigation, but the preliminary indication is there was no foul play involved.