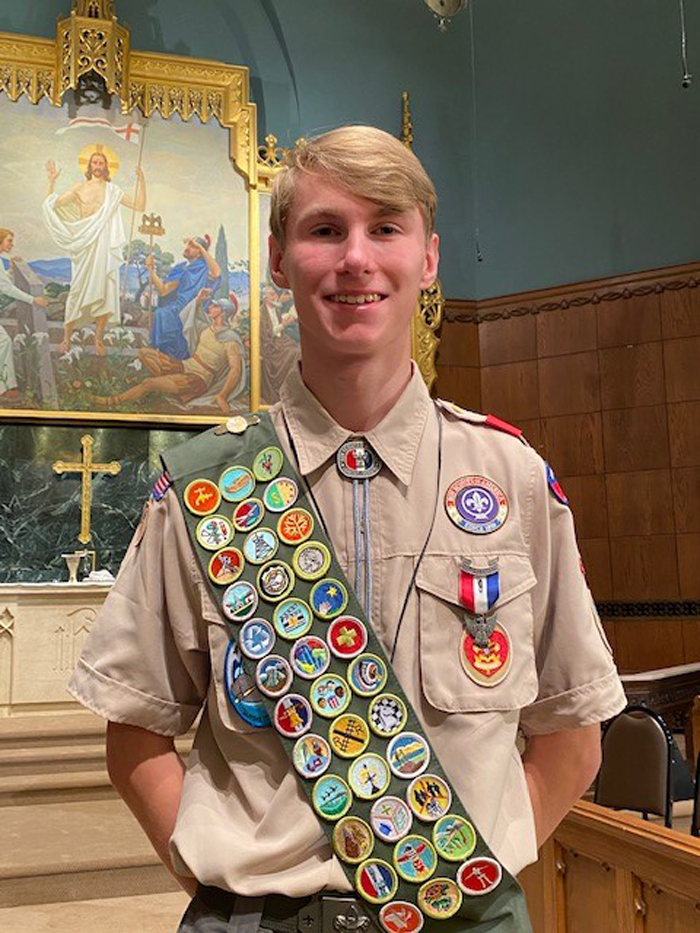 Brady began scouting with Troop 334 at Union Lutheran in 2011 as a Cub Scout. He earned his Arrow of Light award in 2016 and was elected Patrol Leader and Quartermaster with troop 443. In 2020, he was elected and inducted into the Order of the Arrow. He has earned 36 merit badges and received a Gold, Silver and Bronze Palm.

His Eagle Service Project was to plan, prepare and construct a picnic shelter and fire pit area at Happy’s Farm to honor each branch of the military.

Brady is a junior at East Rowan High School and a member of the National Honor Society, Key Club, Fellowship of Christian Athletes and Crosby Scholars. He is an all-county varsity tennis player for East Rowan and is a member of St. John’s Lutheran Church where he is involved with the youth group and serves as a youth representative on the church council.

He is the son of Eric and Ann Brady, grandson of Jim and Elizabeth Brady all of Salisbury and the late JC and Sherry Eagle of Faith. He would like to thank St. John’s Lutheran Church, Rhonda Roseman, Happy’s Farm, Central Piedmont Builders, Eller Landscape Supply, Vulcan, Happy Lake (Freddie Underwood) as well as all the individuals who contributed to and volunteered at his project.