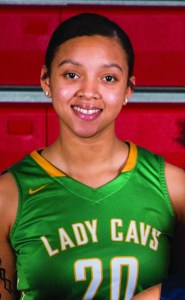 The Cavaliers, ranked 12th in 1A by MaxPreps, steamrolled East Davidson 80-37 on the road on Friday for a Central Carolina Conference win.

It may take a team of accountants to keep track of sophomore Bailee Goodlett’s career high. It was 20 entering this season.  Then she scored 22 against East Rowan. She raised it to 24 recently against Parkland. She has a new one after scoring 26 on Friday and is Rowan County’s scoring leader with 20.6 points per game. She also had five steals and four assists.

Sophomore Brittany Ellis has emerged as a dependable third scorer and scored 18. She also had three steals.