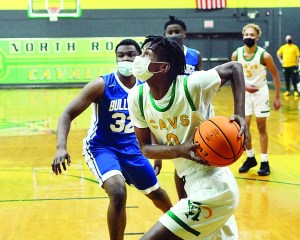 North was looking for redemption after a disappointing Central Carolina Conference loss at Thomasville and got back on track by emphatically crushing the Golden Eagles 83-42.

Sophomore Amir Alexander led the Cavaliers with 17 points, his second-biggest effort of the season.

North got 11 apiece from Derrick Hanson and Amari McArthur.

A dozen Cavaliers got in the scorebook.

MaxPreps ranks North 24th in 1A, but if the Cavaliers can stay focused, they’ll be moving up. It’s a deep team.

North has locked up the No. 1 seed for the upcoming Dale’s Sporting Goods Sam Moir Christmas Classic and is scheduled to finish pre-Christmas play at Carson on Tuesday.