SPENCER – While the town now has applications to review for some of its police vacancies, Spencer’s police department was hit with new short-term staffing setbacks this week.

Sgt. Mike File, the ranking officer in charge after the retirement of former chief Mike James, is out sick due to COVID-19, Sgt. Brian Leonard told the town Board of Aldermen Tuesday. Another officer was sent to the hospital Monday after his patrol car was struck by another vehicle coming into work this week.

Leonard said he made sure the officer received medical attention and was released that night, but the officer was given a few days off to recover.

Town Manager Peter Franzese said the airbags deployed, and it’s likely the vehicle will need to be replaced. With a staffing shortage, however, has enough vehicles for the staff.

Franzese said the town has received applications to fill some of its empty officer positions this week, but the town needs File back at work to start processing them.

Leonard says the town has received an application from a female officer — of which Spencer currently has none. File and Leonard also are splitting visits to local community college basic law enforcement training programs to generate more applications as well.

Two officers are undergoing training: Phillip Brown, a new officer, is in field training and another is going through training to be a school resource officer.

“I appreciate you going above and beyond to do that,” Mayor Jonathan Williams told Leonard.

The town has an agreement with Rowan County to allow sheriff deputies to fill in while the town rebuilds its police ranks. In addition to a string of departures, the Spencer Police Department’s police chief retired at the end of November. Leonard told the board the Sheriff’s Office agreement is going well. There was so much interest by deputies in picking up shifts that the patrol schedule has been filled to January.

Leonard said currently File is the only officer assigned to office work, which means he doesn’t handle patrol duties.

Franzese said the town is planning to begin its search for a new police chief and is working with the Piedmont Triad Regional Council to design the search. He told the Board of Aldermen on Tuesday that Spencer will push postings through online portals and social media blasts. He said hiring new officers will not wait until the town has a new chief. 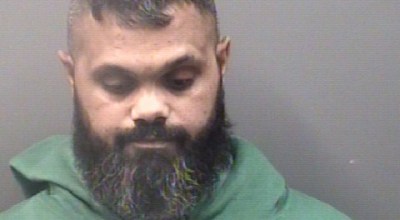