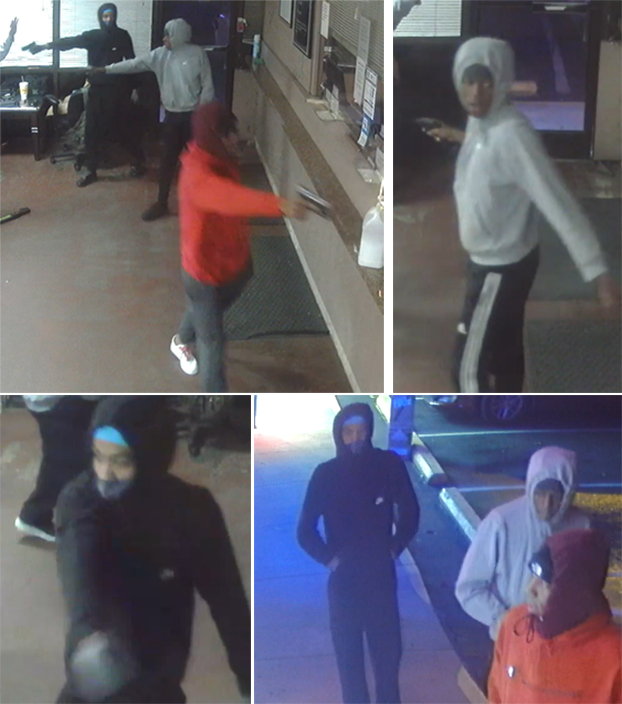 These photos released by the Salisbury Police Department show three suspects in an armed robbery.

Sgt. Russ DeSantis said the trio made off with some money, but no one was hurt.

Anyone with information about the robbery can contact Detective Drakeford at 704-638-5262 or email investigations@salisburync.gov.

On Thursday, the Ace Arcade, another fish arcade-style business on Statesville Boulevard, was the victim of an attempted armed robbery. However, police haven’t said whether the two are related.