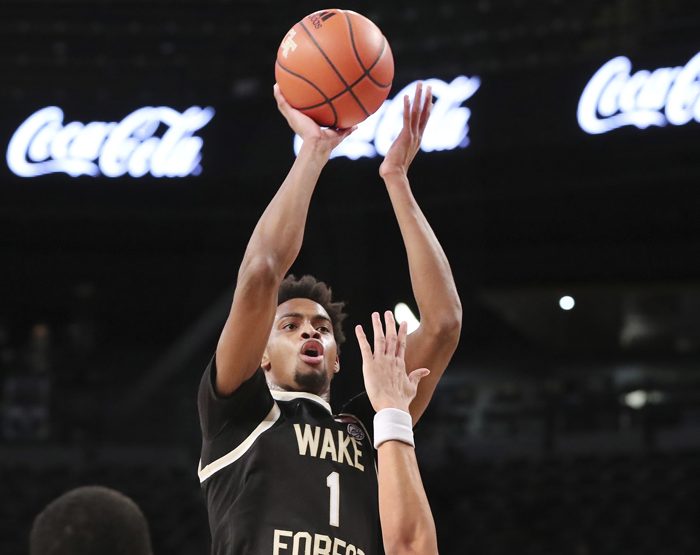 On the decisive play, Alondes Williams drove the left side of the lane, drew a double-team, then passed over the top of the defense to Mucius who hit the 3-pointer from the right side. Time ran out as the ball was going through the net.
Williams, the reigning ACC Player of the Week, scored 34 points and had eight rebounds and seven assists. He followed up his previous two games in which he had a triple-double in a win against South Carolina Upstate, then followed with a career-high 36 points in a win over VMI.

Against Charlotte, Wake Forest led by 19 late in the first half and never trailed. There was one tie when Charlotte’s Clyde Trapp hit a 3-pointer with 31 seconds left. The Demon Deacons then called time out and let the clock run down for Williams to make a play.

Mucius scored 20 points and made 4 of 10 3-pointers. He grabbed eight rebounds and had four assists. Dallas Walton added 14 points for the Demon Deacons (11-1).

Both teams relied heavily on their starters and Charlotte’s Marvin Cannon, who had eight points, was the only non-starter to score for either team.