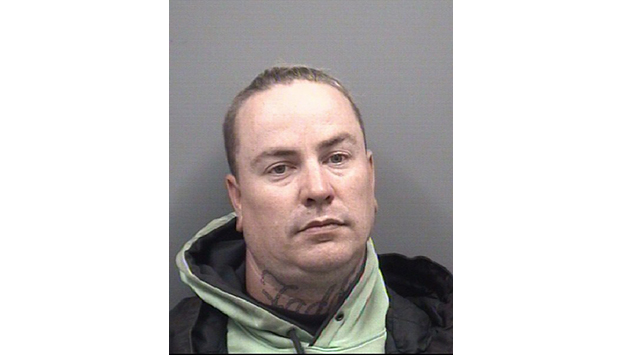 SALISBURY — A China Grove man faces a pair of criminal charges for breaking into a tow truck with his vehicle on the back.

Kirt Thomas Casper, 36, was charged with felony breaking and entering a vehicle and larceny. Casper is accused of following a tow truck driver to the driver’s house before trying to back out of the driveway with the flatbed-style truck.

Maj. John Sifford of the Rowan Sheriff’s Office said the tow truck driver on Monday removed a vehicle from a ditch after being asked by the N.C. Highway Patrol, which reported the occupant jumped and ran from the scene. The tow truck driver returned to his house and used his personal vehicle to go to Walmart before going to the impound lot, Sifford said.

As the driver backed out, he noticed a car at the end of his driveway. The man in the car, Casper, said the tow truck was carrying his vehicle. In return, the tow truck driver told Casper why his vehicle was towed.

Casper entered the flatbed-style tow truck, started it and unsuccessfully tried to back up, Sifford said. When the tow truck driver pulled back into his driveway, Casper allegedly turned off the truck, ran back to the car he came in and left.

Later, the tow truck driver realized the keys to his truck were missing.

Casper, who is a registered sex offender, was arrested Wednesday while he was at the probation office. He was convicted of indecent liberties with a minor in July.