Bills adopt sense of urgency as Panthers come to town 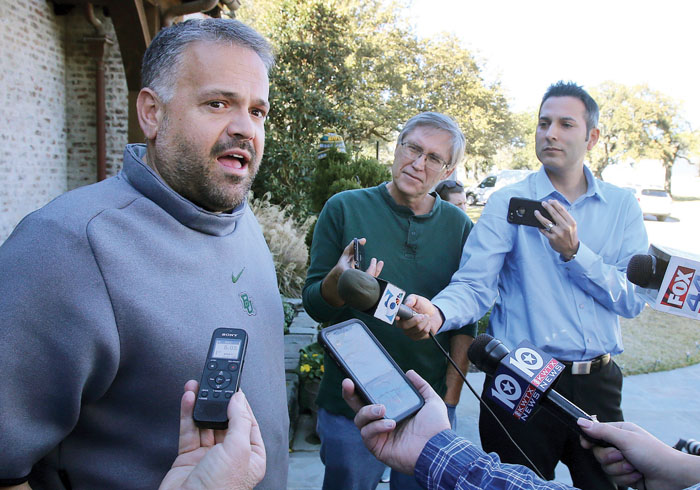 ORCHARD PARK, N.Y.  — Dion Dawkins interjected before the question regarding the Bills’ two-month stretch of inconsistencies could be completed.

Well aware of the team’s Jekyll-and-Hyde nature in losing five of its past eight in a slide that has dropped Buffalo from leading the AFC East to seventh in the conference standings, the starting left tackle emphasized the urgency the Bills (7-6) face in preparing to host Carolina on Sunday.

“The time is now,” Dawkins said. “We understand that it’s time to punch that ticket. And we have our game faces on.”

The Bills have four weeks left to prove they can be a contender in their bid to qualify for the playoffs for a third consecutive year.

The Panthers (5-8), by comparison, are still searching for a semblance of identity — and health — in their second season under coach Matt Rhule.

Carolina has won just twice in its past 10 games, and minus its top offensive threat, running back Christian McCaffrey (season-ending ankle injury), has a revolving door on an offensive line that has featured nine starting combinations, and a carousel at quarterback.

And on the occasions the Panthers find their offensive rhythm, they’ve been let down by a defense which has otherwise been the team’s strength in a mostly what-else-can-go-wrong-type of season.

“Either we turned the ball over too much, or we miss someone’s production, like Christian, or defensively, we haven’t had our best game,” Rhule said. “So we’re trying to correct everything.”

Rhule is expected to stick to his plan of using both quarterbacks Cam Newton and P.J. Walker.

Newton will start, but look for Walker in situations where the Panthers have to go to hurry-up offense situations.

Bills coach Sean McDermott faces his former team. He was the Panthers’ defensive coordinator from 2011-16 before taking over in Buffalo. “Very appreciative of that opportunity down there and the relationships that we made,” McDermott said.

Rhule also fondly recalled his time in Buffalo, where he attended college to earn his master’s degree, and also spent two years as an assistant at the University of Buffalo.

He listed his favorite restaurants and noted where he and his wife, Julie, were married. Rhule also recalled the times he attended Bills training camp, where he gained tips from former defensive line coach John Levra.

Haason Reddick got off to a fast start this season with 9½ sacks through the first 10 games. But the NFC leader in Pro Bowl votes at outside linebacker has just one over the past three weeks.

“If I allow myself to get frustrated based on what’s happening in the game, it could linger, I could start having bad plays, it could negatively affect my game, and I try to make sure that doesn’t happen,” Reddick said. “So I try to keep myself as calm as I can.”

BETTING LINE: Buffalo by 101/2, according to  FanDuel SportsBook.