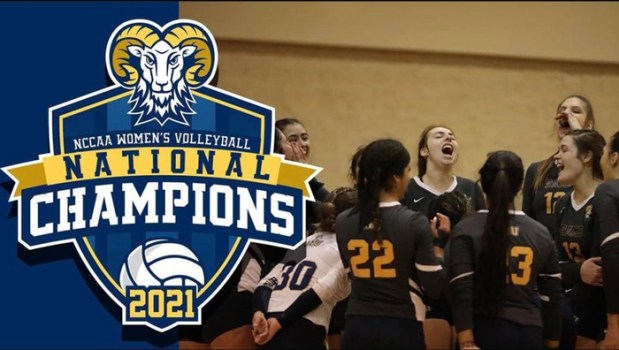 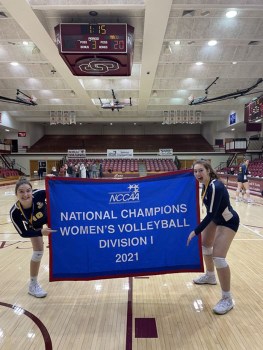 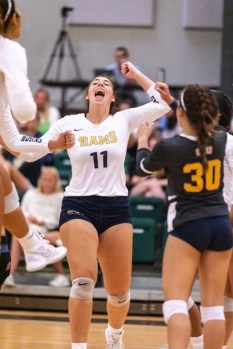 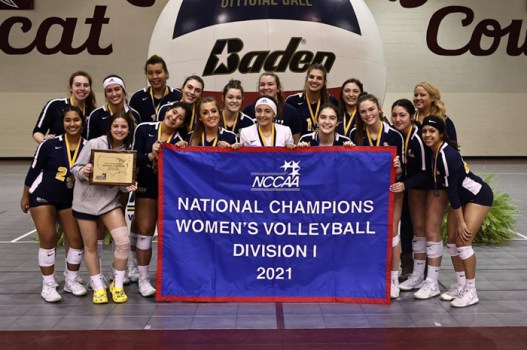 CHINA GROVE — Kira Rymer is quick to tell you that the best athlete in the family is her younger sister, Bethany, a left-handed South Rowan senior who can run all day and shoot basketballs all night.

But Kira’s not bad. Not bad at all.

When she reported home from college this week for holiday hugs with the family, she did so with an armload of ribbons, medals and plaques. She’s a volleyball national champion and an All-American.

Rymer, a South Rowan graduate and valedictorian for the graduating class of 2020, is a sophomore at Columbia International University, a small school in Columbia, S.C., that has about 700 students on campus. That makes it a smaller community than South Rowan High. That’s ideal for Rymer.

“I’m kind of outgoing, one of those people who says hello to everyone,” she said. “So it’s nice to know a high percentage of the students.”

Long ago, Columbia International was known as Columbia Bible College. It is still very conservative, very traditional, very Bible-centered. The standards for academics and behavior are considerably higher than they are most places, so it’s not the right place for everyone.

But it has been the right fit for Rymer, who toured a host of schools, most of them bigger and better known, before making her final college decision.

“Volleyball is just part of college life,” she said. “I wanted to find the right fit socially and academically, and I wouldn’t change my decision. It was a great decision. I believe God led me to Columbia International.”

Like a lot of other small private schools, Columbia International has found that fielding successful athletic teams can generate donations, community interest — and students.

Columbia International competes in two different worlds — with its fellow NAIA schools, but also as a member of the National Christian College Athletic Association, where the Rams are emerging as a powerhouse.

The Columbia International baseball team rolled to the NCCAA championship back in May.

Rymer was one of the stars of the Columbia International volleyball team that recently gave the school its second NCCAA championship of 2021.

When Rymer signed with Columbia International, she knew the volleyball program would be good and she’d have a chance to compete for conference championships, but things have really taken off.

“The coaches have done a great job of recruiting,” Rymer said. “They brought in a 6-foot-4 middle blocker and  6-foot-6 outside hitter from Brazil. I didn’t imagine something like that when I first came here, but I learned a lot of different skills in high school, and I’ve used them to fit in.”

At 5-foot-11, Rymer towered over most of her South Rowan teammates and generally powered kills from the middle.

With so much height on the Columbia International team, she has transitioned to playing right side for the Rams. She has been extraordinarily successful.

As a freshman, she was second on the team in kills and third in blocks. Her hitting percentages and kill percentages placed her in the top 10 nationally in NCCAA and she was honored as All-South Region as well as All-Appalachian Athletic Conference. Columbia International qualified for the NCCAA national championships in Minnesota.

While the program made strides during Rymer’s freshman season, it took an even bigger jump this fall.

The team flew to Oregon for its first-ever appearance in NAIA nationals, and while Columbia International was eliminated in Oregon, it came back two weeks later to win the NCCAA national championship in Missouri. The team rode by van to Missouri, so it was a long ride. But the Rams went undefeated in the tournament to finish the season with a record-breaking 34-9 mark.

“We played great as a team in Missouri,” Rymer said. “We had played tougher teams during the season then we saw out there.”

Rymer had nine kills and  block in the semifinals and 11 kills and four blocks in the national championship match against Mid-America University of Oklahoma.

Rymer totaled 441 kills for the season, third highest total in program history. She repeated as South Region Player of the Year and again made first team all-conference.

She was named a first team NCCAA All-American and made the all-tournament team for the national championships.

She also was named an Honorable Mention All-American for NAIA.

She’ll look forward to repeating all those honors as a junior, but the award she received that excited her the most was a team award, not a national one.

“I got the character award for our team,” Rymer said. “That meant the most.”