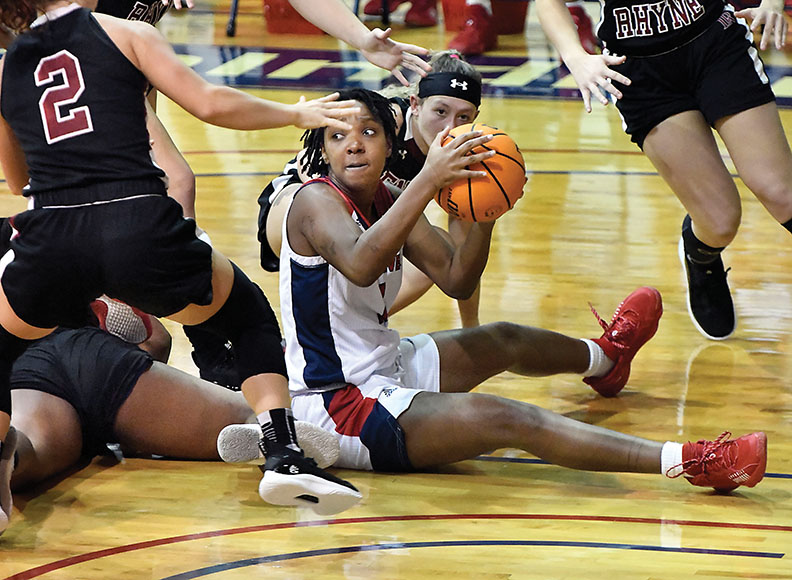 RICHMOND, Va. — It was scheduled as a feel-good homecoming trip for Virginia natives Taisha DeShazo and Lauren Ford, but it turned into a challenging Monday night of basketball.

Catawba survived a nightmare at the foul line, beat Virginia Union 67-59 at Barco-Stevens Hall and stayed undefeated to match the best start in school history.

It was only the fourth meeting of the programs in the last 13 years. Catawba (10-0) ended a two-game losing streak against the Panthers (1-4). The Indians had lost by 30 on their last visit to Richmond.

Shemya Stanback had another phenomenal game across the board. An unheralded recruit out of A.L. Brown, Stanback has become a genuine star and a player of the year candidate. She had 17 points, eight steals and seven assists.

Janiya Downs scored 11, but it was a quiet night for the rest of Catawba’s starting lineup.

The bench, including Ford, made the difference. She had 13 rebounds, bringing 11 Virginia Union possessions to and end by clearing the defensive board.

Jada Davie, a reserve guard, scored 13 points in 14 minutes. She made three 3-pointers.

Catawba shot respectably from the field (42.6%) and was solid from 3-point range (8-for-21), but the free-throw line caused anxiety. The Indians were a dismal 13-for-28 there, 46.4 percent. Even Stanback missed four of five, while Ford missed four of six.

Ranked as high as 12th in the polls, Catawba didn’t have a big edge in the turnover battle as it normally does, but the Indians did score 20 points off turnovers.

Virginia Union will see another Salisbury team on Saturday when Livingstone visits Barco-Stevens for a CIAA contest.