Variety Produce continues to be a stop for unique products 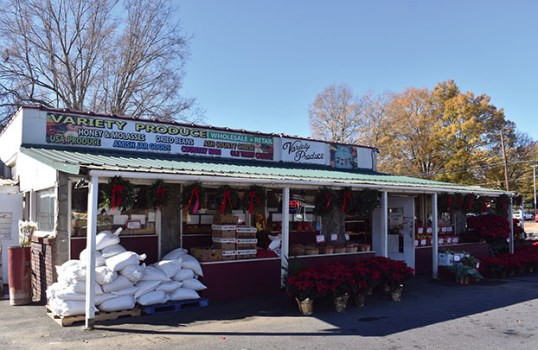 Variety Produce has been a go-to stop for people looking for local fruits and vegetables or "ole timey candy." Ben Stansell/Salisubry Post 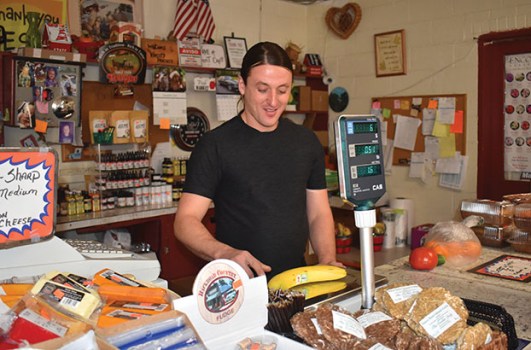 Justin Harp weighs a banana while ringing up a customer at Variety Produce. Harp is one of just a few staff members who work at the longstanding market in Rockwell. Ben Stansell/Salisbury Post 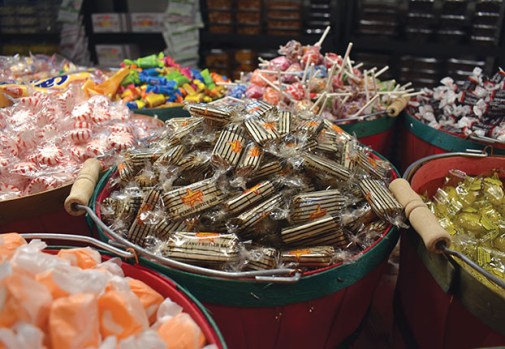 Variety Produce has a robust candy section, filled with sugary goods that aren't as common these days. Ben Stansell/Salisbury Post 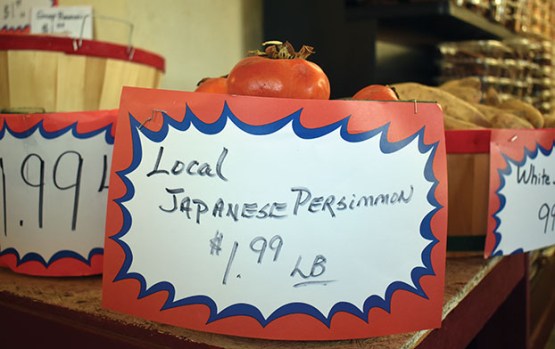 Even during fall and winter, Variety Produce tries to source its products locally. Ben Stansell/Salisbury Post

ROCKWELL — Sandy Canup and Gayle Brendle were on their way home one day earlier this month when they saw the red poinsettias outside Variety Produce.

They wheeled into the small parking lot and hopped out to get a closer look, quickly finding a plant that was just the right size and shade. It’s not the first time the daughter and mother have made an impromptu stop at the longtime Rockwell produce market.

“We stop by whenever something grabs us,” Canup said.

In December, that something might be poinsettias. In the summer, it’s usually watermelon. Anytime of the year it’s the clear plastic tubs of pimento cheese stored in the fridge near the front counter.

Whether it’s with flowers, fruit or cheese, Variety Produce has been drawing customers in with local products since it opened its doors more than three decades ago. The family-run shop is owned by ​​Katie and Bud Cagle, but is managed by nephew Phillip Hawks, who oversees a small staff of family members.

Hawks, 52, started helping out at Variety Produce about 15 years ago, but his career in produce began when he was just 14 years old when he was charged with keeping the cash register at his uncle’s market in Greensboro.

“It’s been in my blood all my life,” Hawks said. “My family has a history in produce.”

Hawks is responsible for running the daily operations of Variety Produce, which includes unloading shipments and going to pick up products in the company truck. He’s also tasked with maintaining the market’s relationships with suppliers. As an independent store unaffiliated with a major chain, Variety relies on those connections to keep its shelves stocked with fresh fruits and vegetables and shelf stable products like candy and snacks.

Variety Produce prides itself on the fact that it gets most of its cantaloupes, watermelons, cucumbers, squash, peaches and other seasonal produce from nearby farmers. Some of the honey on its shelves is harvested from hives just a couple miles away. A fridge by the front counter is stocked with North Carolina made cheese products. There’s a freezer brimming with pies made by A Full Measure, a Mocksville-based catering company. For the meat lovers, there are packages of sausage and ham from Cruse Meat Processing in Concord.

“We try to help out all of our local people,” Hawks said.

Offering local produce is easy in the spring and summer, when fruits and vegetables are in season in Rowan County. It’s a little tougher in the fall and winter, but Hawks said he tries to keep tomatoes grown in his uncle’s greenhouse when possible. He has a local poinsettias grower and a person who provides persimmons.

Many of the items Variety carries that aren’t grown or made locally are often products you still can’t find in many other shops in Rowan County, except maybe Father and Son Produce on Sherrills Ford Road.

Variety Produce has an entire room dedicated to soup mixes, jerky and snack products made by Amish companies such as Troyer. In the last five years, Variety has added a sweets section with all of “the old school candy.” Under a glowing lamp sit buckets of bit-o-honey, taffy, lolly pops and tootsie rolls. Candy sticks from Red Band, peanut brittle and chocolate drops are standing on shelves not far away.

Making sure customers have the niche products they’ve come to expect has become more difficult recently.

“With the economy and everything else, the price of produce is ridiculous,” Hawks said. “And with the candy, we either can’t get it or it’s really high. That’s the big challenge right now is keeping everything stocked.”

Hawks made the difficult decision not to carry Christmas trees this year because of exorbitant prices.

Despite those challenges, Hawks said he enjoys coming into work at the market everyday. Especially because it means he’ll get to see a few familiar faces.=

“A lot of these customers I’ve just become friends with over the years,” Hawks said.

“They always greet you, they’re always kind,” said Kathy Howell, who has been shopping at Variety for years.