Josh Bergeron: Build it so they will come 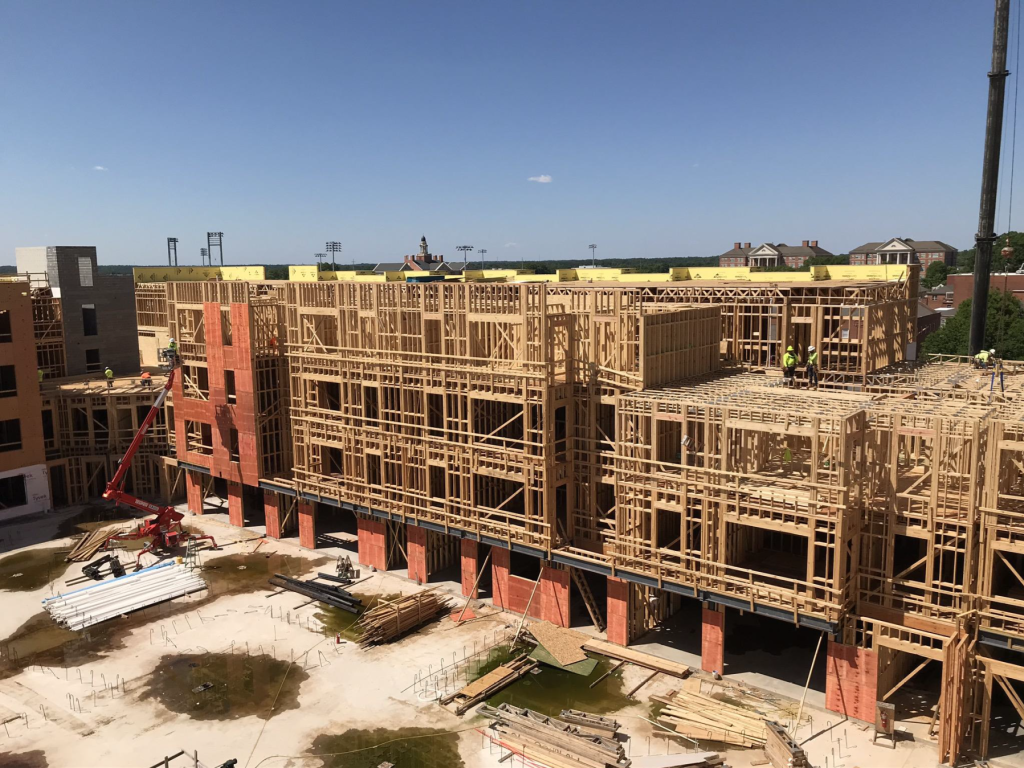 Construction continues on VIDA, an apartment complex in downtown Kannapolis.

Talk to anyone who’s tried lately to buy or rent a place to live in Salisbury or Rowan County and you’ll hear the same thing.

In some cases, affordable housing isn’t available at all.

First-time homebuyers are paying higher prices than they would have just a couple years ago and making concessions they otherwise wouldn’t have considered. Apartments that previously had a price tag of several hundred dollars are nearing $1,000. Apartments already close to that price have topped it.

The most recent census data, which doesn’t include the ongoing inflation spike, show median gross rent in Salisbury is $786, an 18% increase from 2010. The median wage for Salisbury, by comparison, increased 16%. That means rent increased slightly more than wages before 2020 or 2021.

For the entire county, wages and rent have increased at about the same rate — 14%. Data isn’t available for 2020 and 2021 when all manner of items have gotten more expensive.

Rent, of course, doesn’t tell the entire picture. In the county, nearly 70% of people live in a home they own. The city of Salisbury’s percentage is just below 50%.

One central point should stand regardless of people buying or renting: the county needs more places to live. It’s not enough to bring jobs here if the people can’t afford a good, local place to live. It’s also not enough to build affordable housing under the government’s definition; it could create a gap in the middle where people make too much for affordable housing under the federal definition and too little to afford a decent place at market rates.

I posited this theory to a few folks more knowledgeable than me about the way the economy works. Is it possible to decrease prices by building more or would it just prevent prices from going higher?

Eric Hake, dean of the Ralph W. Ketner School of Business at Catawba College, says an increase in the supply of housing would normally cause housing and rental prices to decline.

“But since the price of housing and renting has been outpacing the general price index for some time, you are correct that it would likely not do much to slow the increase in housing and rental prices,” Hake wrote in an email.

The current housing shortage has its origins in bankruptcies and other financial fallouts from the 2008 crisis, he said.

“Obviously, the creation of more housing options (apartments, townhomes, condos, etc) in the downtown area can possibly help slow the rental increases, but I don’t think you’ll see a situation where rents decrease significantly given the sheer fact that land is scarce in the downtown core,” he wrote in an email. “In essence, I do believe ‘build it and they will come’ is true for downtown.”

Michael Young, a property owner who redeveloped the old O.O. Rufty General Store, says this region of the country — not just Salisbury or Rowan County — is “hot” right now. Prices for homes are higher and people are charging more for rents because demand is up, too.

As for prices, some things don’t change much when people develop properties. Acquisition costs are among them. Construction and finishes are the main areas where developers can save, Young said. After making substantial investments, developers and property owners also cannot simply price their units lower than the market rate, he said.

But he thinks it’s possible that a “market bust” could change prices charged for apartments and houses.

“Right now, because there’s not a lot of stuff on the market, people are charging top dollar. That’s fine, but it’s not always going to be like that,” he said.

Barnhardt pointed to Concord as an example of a place where hundreds of new apartments are being built to match demand — about 320 new units and $70 million investment. Helping that development along Barnhardt said is city and county investment in parking decks as well as streetscaping that will create a more walkable downtown with larger sidewalks for outdoor eating and the like.

Between a new park in Bell Tower Green, a streetscaping plan and buzz building about downtown investment, Salisbury might not be far behind. A parking deck, though, is another matter entirely.