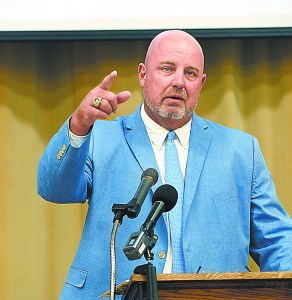 South (0-7, 0-2) dressed six players. The Raiders scored eight in the first quarter, four in the second quarter and did not score in the second half of the South Piedmont Conference contest.

William Givens made three 3-pointers and scored all of his 15 points in the first quarter. Levon Jacobs had 12. Spenser Harrison had 11.

It was a school-record low for South as far as points scored.

It was not a record for West in terms of points allowed. West beat North Iredell 21-8 in a slowdown game in the 1973 North Piedmont Conference Tournament.

The bottom line was a league victory for West (3-2, 2-0), which hopes to keep pace with Central Cabarrus, Northwest Cabarrus and Concord in the SPC.