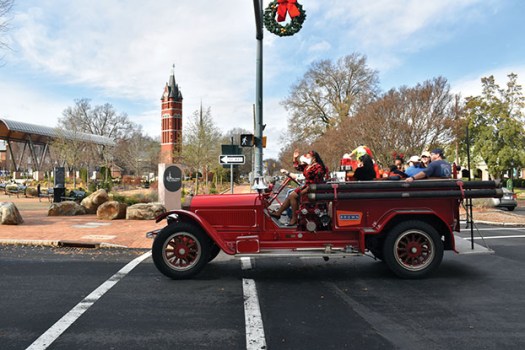 An antique fire truck carrying passengers turns onto South Church Street, where a long line had formed with families ready for their ride. Ben Stansell/Salisbury Post 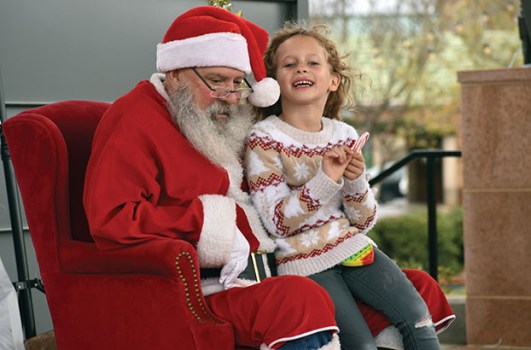 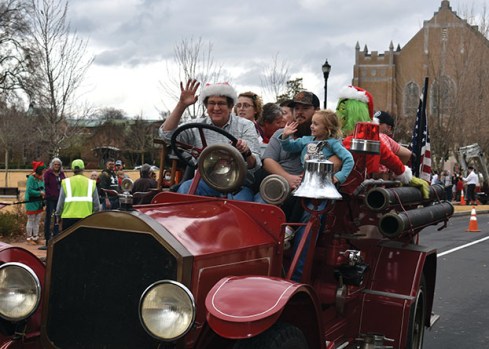 Neil Wilkson (left) waves while driving Chris Casey and his daughter, Aurora, and the rest of their family through downtown Salisbury on an antique fire truck. The Grinch joined them for the ride, but there was another antique truck carrying passengers with Santa. Ben Stansell/Salisbury Post 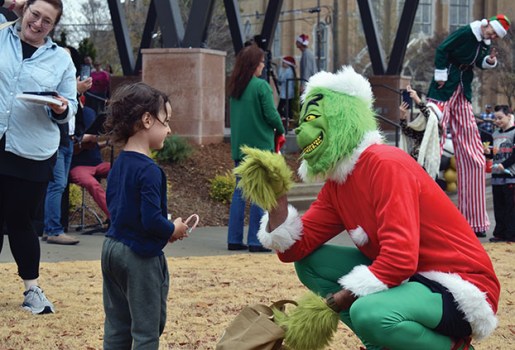 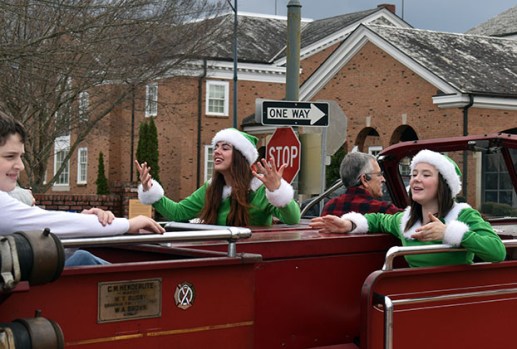 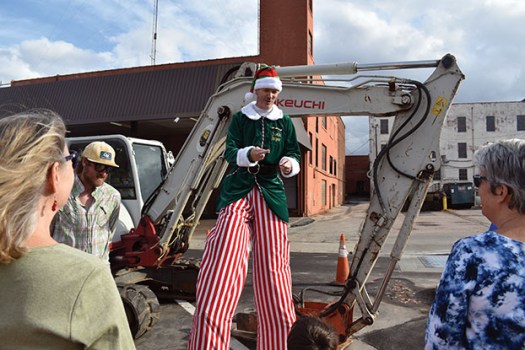 Standing several feet above anyone else, Michael Branson provided entertainment to those waiting in line to ride an antique fire truck with Santa or the Grinch. Ben Stansell/Salisbury Post 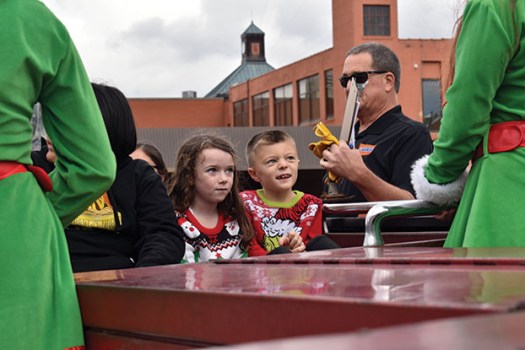 Two kids look up at a person dressed like an elf while expectantly waiting for their fire truck ride to start. Ben Stansell/Salisbury Post 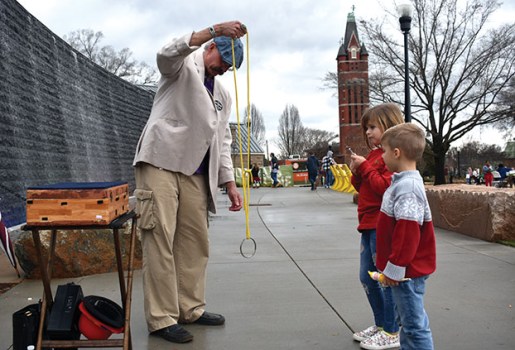 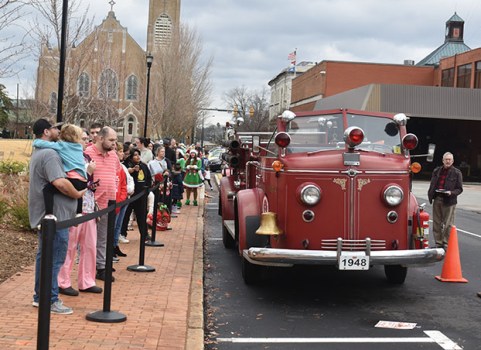 The line for the fire truck rides started long before the old engines even arrived at Bell Tower Green. Ben Stansell/Salisbury Post

SALISBURY — Sitting in the front seat of an antique fire truck driving through the streets downtown on Saturday afternoon, Aurora Casey was the lucky person who got to ring the shiny silver bell on its front fender.

“I think she was most excited about ringing the bell,” Chris Casey, her father, said.

The smiling 4-year-old, her father and six other family members were riding together on a fire truck built in 1914. They were joined on their trip by the Grinch. The green, Christmas-hating character was stationed in the older of two antique trucks, while Santa and Mrs. Claus rode with families in the other, which was built in 1948.

Watching children like Aurora enjoy their ride on the old engines is why Paul Brown has been bringing his trucks to downtown Salisbury each December since 1999.

“It’s all about the kids,” said Brown, owner of Brown Antique Equipment.

The two fire trucks carried more than 400 people representing 30 North Carolina towns and six different states. There were 93 groups of new riders and 10 groups who had ridden the trucks before, according to the sign up sheet Brown passed out to those in line.

The trucks were one of the main attractions during the event, which has been held in some form for decades and has given families a chance to meet and take pictures with Santa Claus. The holiday happening was hosted by Downtown Salisbury with support from the city of Salisbury Parks and Recreation department.

The event has previously been held in the city council chambers at 217 S. Main St., but was moved to Bell Tower Green this year.

Downtown Salisbury Events Coordinator Latoya Price said the organization made sure to use the additional space outdoor by adding new elements.

Before the fire trucks arrived at the park, a long line of families formed to take pictures with Santa on the amphitheater stage while magicians, jugglers, elves and stilt walkers spread holiday cheer throughout the park. Mean Mug coffee shop was on site to offer hot cocoa and warm coffee. Festive family activities like placemat decorating were available as well.

It was the first major event held by Downtown Salisbury since Stewart Troutman began in her new position as director less than two weeks ago. Stewart Troutman said it was the perfect way to kick off her tenure and was thankful that the impending rainy weather held off for most of the day.

“We watched the weather so closely (Friday),” Stewart Troutman said. “We had Steve Monday from Rowan County Weather on speed dial ready to alter. We would’ve had to cancel the fire trucks, but we would’ve done pictures over at City Hall, which is fun and special. But again, the park brings a new level of special to it.”

The threat of severe storms caused China Grove to cancel its Christmas in the Grove event, which was set to take place from 5-9 p.m. on Saturday night. The town is unsure whether it will reschedule the holiday event, but it does plan on hosting snow sledding on Swink Street sometime in January or February. The weather also prompted Kannapolis to cancel its Christmas Parade, which will not be rescheduled.

Despite the potential for rain, Price said turnout for the event in downtown Salisbury was surprisingly strong.

“It was great attendance,” Price said. “I heard some people say, ‘Wow, we did not expect this.’ The number of people exceeded our expectations.”

The next Downtown Salisbury event will be a New Year’s Eve celebration at Bell Tower Green on Dec. 31 from 9 p.m. until midnight. More information about events downtown can be found online on the Downtown Salisbury Facebook page or website. 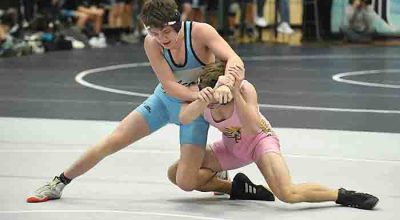