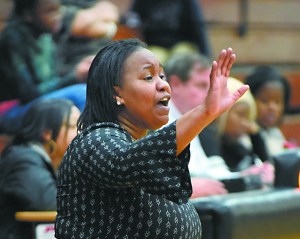 It could matter as far as being the No. 1 seed for the Christmas tournament. That’s determined by pre-Christmas records. Salisbury, North Rowan and Carson have one loss each.

Corvian (0-11), which traveled from Charlotte to take on the Hornets, has played a lot and has lost to a wide variety of teams ranging from Mallard Creek to United Faith Christian.

The loss to the Hornets was the most lopsided so far. Salisbury led 46-11 at halftime.

Rachel McCullough scored 14 to bump her career total to 883.

Kiki Walker and MaKayla Noble had season highs with 10 points.