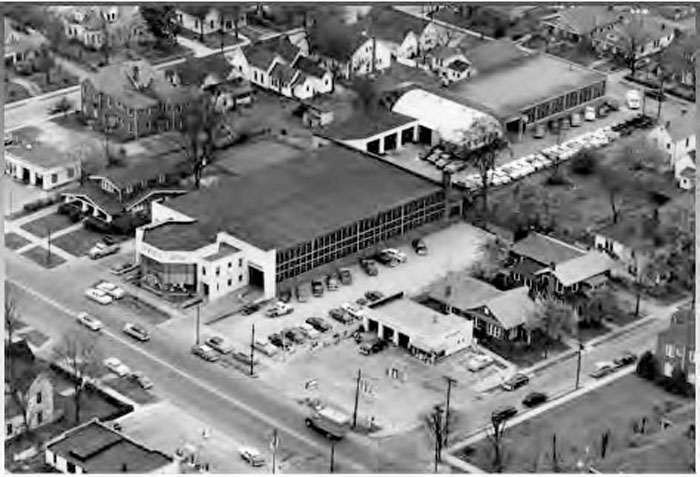 An urban redevelopment and renewal project will revitalize a former Ford dealership at 419 South Main St. to provide 64 intergenerational affordable housing units in 2023.

Ford City Motor Lofts will be located at 419 S. Main St. where City Consignment Co. is currently located. The project will be carried out through Osceola County Council on Aging, Inc., Mid Atlantic Foundation, Cadence Development and Brock Ventures, Inc.

Tanya Haddock of Cadence Development on Tuesday gave Salisbury City Council members an overview of the project, which will restore elements of the historical architecture while providing 64 one- and two-bedroom units. Of those, 36 will be reserved for adults aged 62 and older, 28 will be reserved for those aged 55 and older and the remaining 10% won’t be age-restricted. Eligible tenants are those earning between 50% to 60% of the area median income. Haddock said there will be “quality of life” supportive services such as urban gardening, golf outings, estate planning, game hosting, art and history programs, yoga and fitness classes and hairstyling.

Developers are anticipating construction to be complete by 2023.

Haddock said she first eyed the building about a year ago and initially attempted to construct the project through the federal Low-Income Housing Tax Credit Program, but she doubted her chances of obtaining the credits due to how competitive funding is for affordable housing projects. She then worked with the property owners to take a different route and has already secured some federal funding from the U.S. Department of Housing and Urban Development.

“The concept is to really allow everyone to live together,” Haddock said. “I think that this is what this project has wanted to be all along. I like to say these buildings tell us what they want.”

Currently, four buildings sit on the property, which Haddock said is expected to be listed on the National Register of Historic Places next year. The buildings would be restored, and Haddock proposes an additional three-story building with similar architecture. She pointed out the appeal of the large open windows seen in the octagonal-shaped front of the building.

At the meeting, council members approved a resolution of support for the project and preliminary issuance of bonds on behalf of the North Carolina Housing Finance Agency should their application be accepted.

Haddock said the project was one of 30 across the nation to receive $6.1 million from HUD in September. The total cost is $14.8 million, with about $170,000 of that coming from federal and state historic tax credits and around $11 million in funding from HUD and the Low-Income Housing Tax Credit program. The project will require a $2 million loan that will mostly be covered with tax-exempt bonds the city will issue on the North Carolina Finance Agency’s behalf.

Lisa Pope, one of the property’s owners, said her father, Charles Rufty, purchased the “architectural gem” in 1989 and that he’d be happy to see how it’s being restored today. The building dates back further, however, as a landmark in the heyday of automobile dealerships after World War II.

“Following World War II, automotive dealerships, like the one at (Ford) City Motor, painted and still paint a beautiful, colorful picture of what it was like to see your new model car 70 years ago,” Medinger said. “And nothing captures feel of that big reveal like those iconic models during that time period. My dad would be so thrilled to see his business continue to thrive in a different way that contributes to our citizens.”

Mayor Karen Alexander said she’s glad the project is focused on the area’s aging population, who have voiced concerns for the need for housing in recent years.

Council member Harry McLaughlin said it’s a great opportunity for aging residents to be near and involved with downtown amenities.

Mayor Pro Tem Tamara Sheffield said Salisbury is a “certified retirement community” and this project aligns with that.

“I feel like y’all may be on to something for other projects,” council member Anthony Smith said. “I like the whole way you’re approaching this.”

A number of developers, contractors, architects and consultants will assist on the project, including RedClay Designs based in Charlotte and Rehab Builders in Winston-Salem.

Editor’s Note: An earlier version of this article incorrectly identified Lisa Pope as another property owner. We apologize for the error.