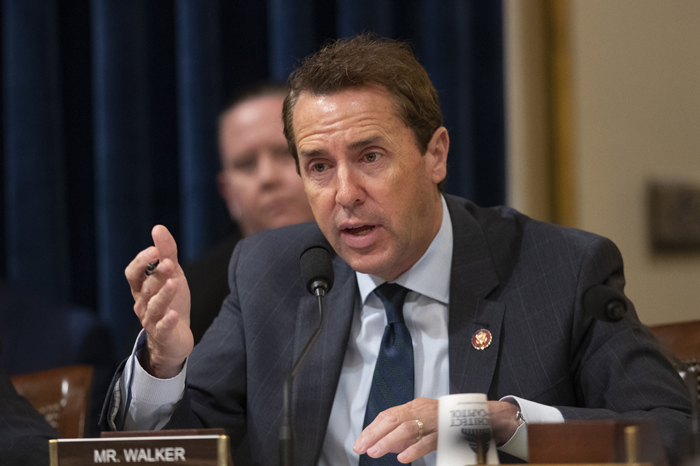 RALEIGH — Former U.S. Rep. Mark Walker will remain in North Carolina’s U.S. Senate race for the remainder of the year and spend the next few weeks mulling a run for a Greensboro-area U.S. House seat, despite former President Donald Trump urging him to bow out of the 2022 Senate contest to run in the 7th Congressional District.

Trump in June endorsed U.S. Rep. Ted Budd in the closely watched GOP Senate primary that both Walker and former Gov. Pat McCrory also are running in. Budd and Walker are Trump loyalists competing for his base of supporters, while McCrory generally appeals to more moderate Republicans.

Walker said in an interview with The Associated Press on Thursday afternoon that he and his wife plan to release a video early next week announcing their plans to take time over the holidays to weigh their options and decide which contest Walker should compete for.

“This has to be something in my heart, and I don’t know that it’s there yet,” Walker said of a return to the U.S. House. “I’m willing to consider it.”

He noted he met with Trump on Saturday at the Mar-a-Lago club at the former president’s urging, where Trump sat to his right and Club for Growth President David McIntosh sat to his left. U.S. Rep. Madison Cawthorn and congressional candidate Bo Hines sat across the table, he said.

Club for Growth Action is a Washington political action committee that plans to spend at least $10 million to boost Budd.

Walker pushed back against reports that he had decided after his meeting with Trump to end his Senate bid.

“Even before I had walked back in the meeting with President Trump, some of the reports were already saying that we had made a decision to do all this just wasn’t factual,” Walker said.

Walker said he took a call from McCrory over the weekend to answer some questions McCrory had about his political future.

In an interview Thursday, McCrory said he believes a Walker exit would give him a boost over Budd, though an internal poll his campaign provided shows a bump well inside the margin of error.

While more ideologically similar to one another, Walker has not seen eye to eye with Budd in recent months, especially as Walker privately encouraged Budd to seek another House term instead of run for Senate.

He and McCrory chastise Budd for his ties to Club for Growth and remain upset by his refusal to have a conversation about participating in a debate. Jonathan Felts, an adviser to Budd, noted the congressman wants to see the field of filed candidates before agreeing to a debate.