Cassill moving to Kaulig Racing along with crypto platform 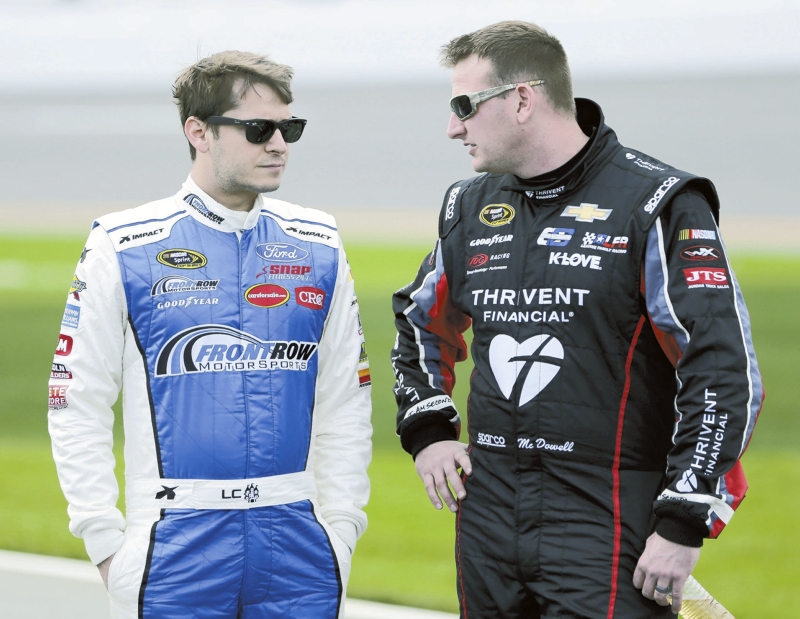 Landon Cassill, left, speaking with Michael McDowell on pit road before qualifying for the NASCAR Daytona 500, will again be paid entirely in cryptocurrency in 2022. (AP Photo/Terry Renna, File)

NASCAR veteran Landon Cassill will drive for Kaulig Racing in the Xfinity Series in 2022 and is bringing sponsor Voyager Digital with him, which will again pay him entirely in cryptocurrency.

Cassill, who has been avid in the market for several years, pitched NASCAR sponsorship to Voyager CEO Steve Ehrlich when the two met at a crypto conference two years ago and it led to a 19-race deal this past season. It made Cassill the first NASCAR driver to be paid entirely in crypto.

Voyager on Thursday announced a two-year sponsorship extension with Cassill, who is taking the funding to championship-contending Kaulig to drive the No. 10 Chevrolet. Cassill, who has raced in 510 events across NASCAR’s three national series since 2007, will be teammates with AJ Allmendinger and Daniel Hemric.

Hemric defeated Allmendinger for the Xfinity title last month while driving for Joe Gibbs Racing. Hemric is moving to Kaulig, one of the top teams in the Xfinity Series.

“Continuing my partnership with Voyager Digital and Kaulig Racing is an incredible opportunity for me,” said Cassill. “I have a world-class partner in Voyager and the best support team in the business with Kaulig Racing. I am excited to not only have a shot at winning races, but to bring awareness to crypto and help educate people in a space that I’ve been personally invested in for a number of years.”

Voyager will be the primary sponsor, but will also partner with crypto cashback platform StormX to raise awareness on cryptocurrency. StormX will be featured on the No. 10 in several races in 2022.

“We built a historic partnership with Landon as the first driver to be fully paid in crypto, and continuing this journey with him will be an incredible ride for Voyager,” said Ehrlich. “We’re excited about this collaboration with Kaulig Racing and can’t wait to see what is next in Landon’s promising career.”