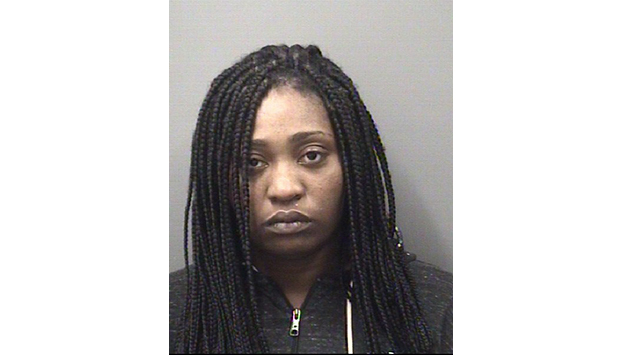 SALISBURY — A 26-year-old woman was jailed Tuesday for criminal charges in three counties, including assaulting a law enforcement officer, after Rowan County Sheriff’s Office deputies found her and a man unconscious in a vehicle.

Kyara Janay Spruiell, who has a Sanford address, faces charges in Mecklenburg and Gaston counties for habitual larceny and conspiracy. She faces local charges for assaulting a law enforcement officer, providing fictitious information and drug crimes. A man named Desmond Shamel Fortune, who has a Sanford address and identified himself as Spruiell’s boyfriend, was jailed for not appearing in court.

The incident resulting in charges started when a deputy tapped on the window of a stopped vehicle in the 200 block of Harris Point Road, which is in eastern Rowan County. Spruiell and Fortune were unconscious inside.

An incident report states Spruiell and Fortune spoke incoherently after rolling the window down. A syringe cap and small marijuana cigarette were seen in a portable ashtray, the report states.

Spruiell is accused of giving the fake name “Layla Smith” to the deputy. Fortune gave the name “Fred Johnson.”

After a second deputy arrived and Spruiell and Fortune were told they could be charged with providing fictitious information, Fortune cooperated.

An incident report states Spruiell wasn’t cooperative with orders to get out of her vehicle or place her hands on the car’s roof or behind her back. She was forced to the ground by deputies and struck a deputy’s left shoulder and jaw, knocking a lapel microphone and badge off of a deputy’s vest, according to the report.

After she was arrested for resisting and obstructing officers, Fortune provided Spruiell’s correct name. She was wanted for five outstanding warrants and one criminal summons.

Inside the vehicle, Rowan Sheriff’s Office deputies found heroin wrapped in a $20 bill, marijuana on the car’s passenger size and three Xanax bars in a zipper bag under the driver’s seat, according to the incident report.