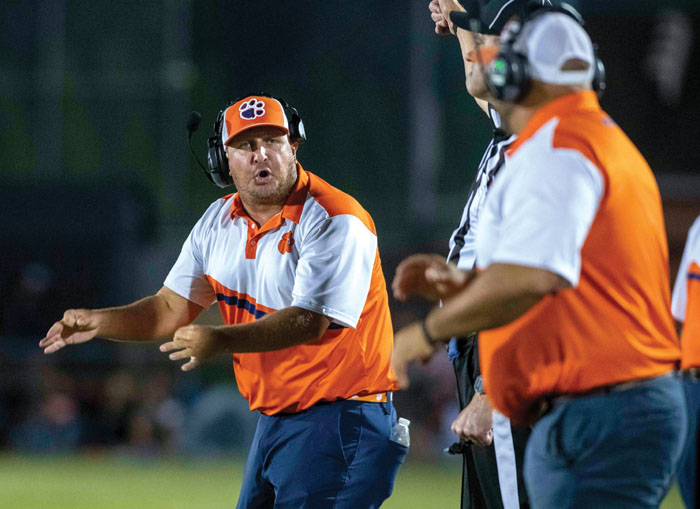 Mount Pleasant welcomed Crosby as the new head coach of the Tigers via social media on Tuesday.

Crosby will be replacing Michael Johns, who guided the Tigers for 23 seasons. Johns put together a lot of solid playoff teams at the 2A school.

Crosby, 35, was an All-Rowan County baseball and football player at South Rowan.

He got some experience with college football at Averett in Danville, Va., and graduated from Catawba College in 2010.

He actually did his student teaching at Mount Pleasant where Johns gave him an opportunity to be fully involved with the Tigers’ football program.

He moved on from there to coach and teach at Northwest Cabarrus Middle School.

Then he served as an assistant coach at Central Cabarrus for six seasons, five under Donnie Kiefer and one under Kenneth McClamrock. Kiefer is his biggest coaching influence.

Crosby spent one year at Cox Mill before he was hired by Carson to follow Joe Pinyan as head coach. That hire as head football coach and P.E. and weight lifting teacher was announced in February 2019. It was a hire that essentially brought him home.

Crosby’s Carson teams were 9-19 in three seasons. The Cougars were 4-6 this season, ending a playoff drought. Carson had a 3-3 mark in the South Piedmont Conference to tie for third place and won big against rivals South Rowan and East Rowan.

Crosby showed adaptability to his personnel this season, switching to a split-back veer offense to take advantage of the running ability and decision-making of senior quarterback Hunter Burris.