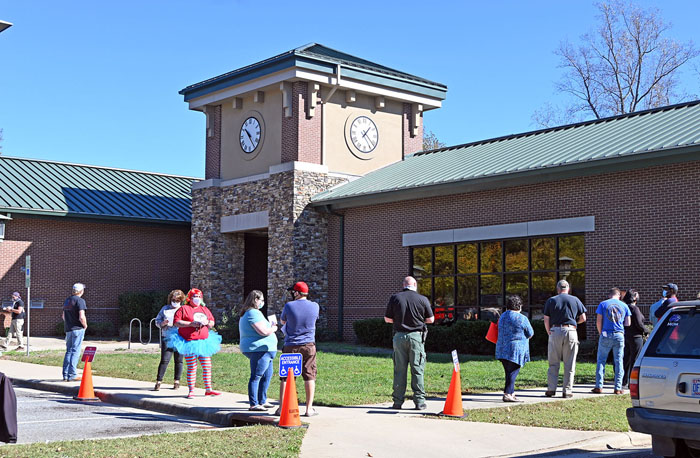 SALISBURY — The Rowan County Board of Elections on Tuesday unanimously selected an early voting plan for the 2022 primary election that includes two Saturdays and one Sunday.

The unanimous vote marks the first time in two election cycles that the state Board of Elections hasn’t needed to select an early voting plan for Rowan County. Early voting plans must be approved by county boards unanimously, and the local board has been split in the past on the right schedule.

The primary election date is March 8.

A total of three voting plans were presented. Plan A, which wasn’t approved, includes two Saturdays of voting and no Sundays. Another unsuccessful plan included all three applicable Saturdays and both Sundays, or the maximum allotted days and hours for early voting according to the state.

During the meeting, Rowan County Republican Party Chair Elaine Hewitt cited the turnout of early voting periods from past elections before proposing a plan that included one Saturday and one Sunday.

Elections Director Brenda McCubbins told the Post the chosen “Plan C” seems to be the best “compromise,” and she was happy it was reached unanimously with little discussion.

• The board approved the south branch of the Rowan Public Library, located at 920 Kimball Road in China Grove, to serve as the polling place for precinct 19A, which is a routine approval ahead of each election.

• The board is scheduled to meet at 12:30 p.m. on Jan. 4, 2022, at the Board of Elections office at 1935 Jake Alexander Boulevard West. However, if there isn’t much to discuss at the meeting, it could be canceled, McCubbins told the Post.