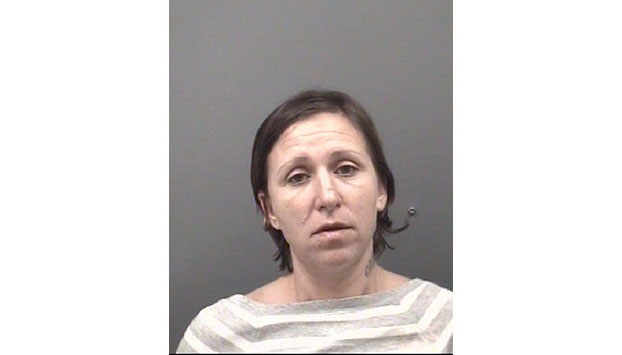 SALISBURY — A 41-year-old woman was jailed Monday for stabbing a man with a steak knife, according to the Sheriff’s Office.

Two Rowan County Sheriff’s Office deputies were called to a house in the 100 block of Country Lane on Sunday just before midnight. Rowan 911 Communications told deputies Lail and a man were arguing during the call. When deputies arrived, they found Lail in a shirt and underwear in the living room. Jernigan was bloodied and laying on the kitchen floor. Lail and Jernigan are described in the Sheriff’s Office report as smelling of alcohol or appearing to be under the influence.

Jernigan was holding his right side with a bloody towel. A Rowan County Sheriff’s Office report states the stab wound was 2 or 3 inches in length. A medium-sized steak knife was laying on the stove with blood on its blade. A plate containing steak was next to the knife. Blood spatter led from Jernigan to the stove, a Sheriff’s Office report states.

Deputies and EMS personnel told Jernigan he needed to receive medical treatment and stitches because the wound could become infected, but the man told first responders he had to work the next day and didn’t want to be transported to the hospital, according to the report.

Deputies were told on the scene by Jernigan and Lail that she fell down and accidentally stabbed him. A Sheriff’s Office report states that she made the voluntary statement “because I probably did stab him” while a deputy was talking to her about her rights.

Lail initially was booked into the Rowan County Detention Center without a bond because it was a domestic incident. After a court appearance on Monday, she received a $10,000 bond.