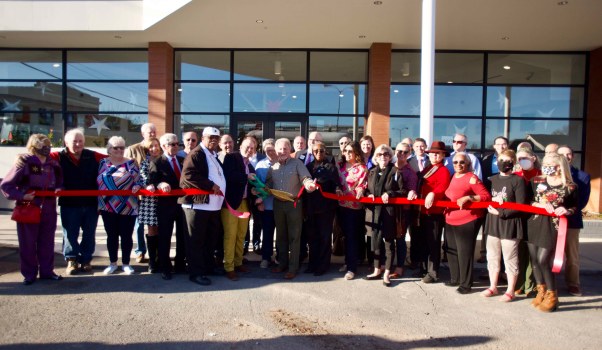 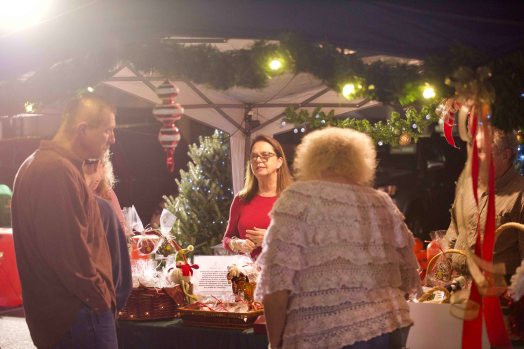 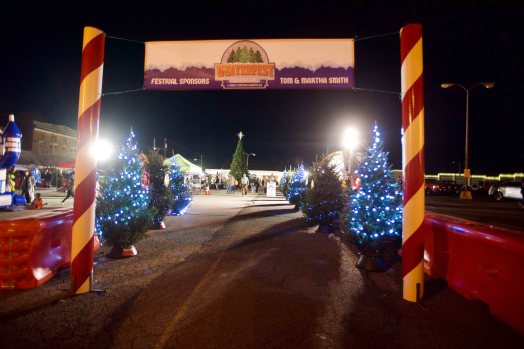 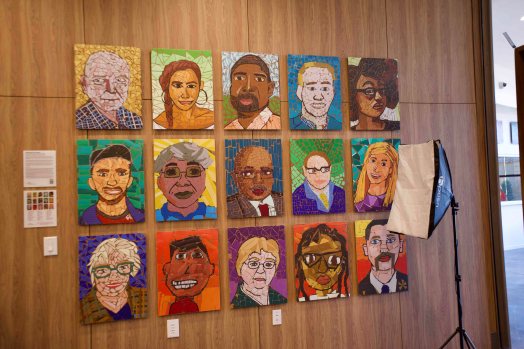 SPENCER — The town kicked off its inaugural Winterfest by cutting a ribbon for its new town hall and turning Park Plaza into a festive space of vendors, food and family fun on Friday.

The event coincides with the N.C. Transportation Museum’s Polar Express, happening directly across the street, with the hope to provide more for visitors and some attractions for locals as well.

A crowd formed inside the new town hall lobby on Friday afternoon before being ushered outside for the ribbon cutting ceremony marking completion of the $2.8 million project.

Mayor Jonathan Williams invited the many elected officials to come up and be part of the group rallying behind the ribbon and made a point of recognizing people in the crowd who had contributed to the project before cutting the ribbon to cheers.

The freshly renovated facility on one end of Park Plaza will host the town administration and police department.

Town staff will begin moving into the space later this month. Town Manager Peter Franzese said a few items remain on the checklist to get the building ready. The facility will not have its backup generator until the spring because of slow production time, and the board room’s table is in production as well. However, the board will hold its December meeting in the new space.

Setup was wrapping up outside for Winterfest, the German Christmas market that brings vendors, food and music for people to enjoy Christmas shopping this weekend and the next. It is also a backdrop to a long list of events.

Friday also had a salute to veterans, a cookie sale for the Wounded Warrior Project and a tree lighting.

Other events include a 5k run, an ugly sweater contest, gingerbread house building, dancing and a kids’ parade.

Sherry Mason-Brown, one of the organizers, said a challenge in getting the festival going was the power supply for vendors and the lights.

“We knew there would be some hiccups because it’s our first year and that we would learn some things,” Mason-Brown said.

When the sun went down, the lights came on, and Mason-Brown said the event committee is already thinking of improvements for next year.

“We have a list,” she said, adding the event will likely need an overall project manager next time.

Lisa Corpening, who lives in Spencer, said she saw a social media post about the event and wanted to come see the activity. Corpening said she always tries to come out to local events and meet new people in town. She was impressed by the new town hall as well.

Winterfest will return to Park Plaza with the same festivities on Friday, Dec. 10, and Saturday, Dec. 11. Park Plaza is located off of Salisbury Avenue in downtown Spencer.