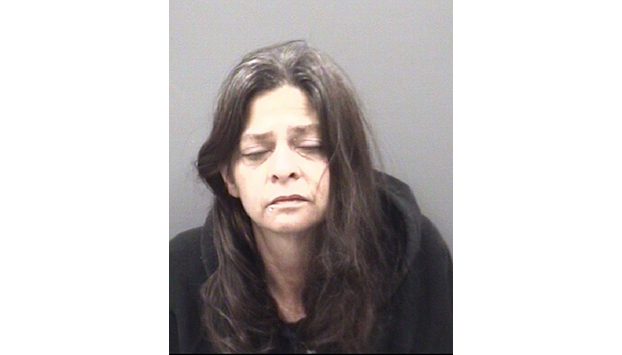 ENOCHVILLE — A woman already facing a kidnapping charge was served Thursday with additional crimes of first-degree arson and filing a false police report.

Julie Bass Gourley, a 45-year-old woman who lived in Enochville, is accused of setting fire to her home on Woodcrest Drive, holding a man who also was living in the house at gunpoint and forcing him to drive away from the scene.

The Rowan County Sheriff’s Office says Gourley set fire to the home while the man was asleep in back of the home. When he awoke to the sound of smoke detectors, he found the attic ladder in the hallway lowered, which blocked his escape. He unsuccessfully tried to get out through a window before returning to the ladder and finding a way around it, an incident report states.

Gourley was waiting for the man with a pistol in hand once he got around the ladder, the Rowan Sheriff’s Office said. She allegedly forced him to drive around, and the man was able to escape at the QuikTrip gas station on Lane Street in Kannapolis.

At the gas station, Gourley reported to police the man raped her and that she used the gun to defend herself. She was taken to a medical facility for treatment, but refused to complete a rape kit. An incident report states, “It was obvious that she was making the false claim to deter the officers’ investigation.”

For the rape claim, officers charged her with filing a false police report.