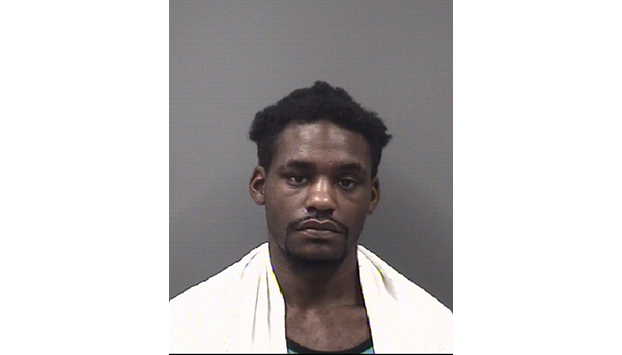 SALISBURY — A 27-year-old man faces a list of drug and weapons charges in connection with two incidents in the Woodleaf area.

Solomon Marquel McCall faces charges that include trafficking heroin, possession with intent to manufacture, sell or distribute a schedule one controlled substance, maintaining a vehicle for a controlled substance and two counts of possessing a weapon as a convicted felon. He was jailed Thursday with a $140,000 bond.

In the first incident, on Nov. 4, the manager of a gas station at 3235 N.C. 801 called authorities about a man barred from the business for stealing.

Rowan County Sheriff’s Office deputies approached a Ford F-250 truck with McCall as a passenger. Chief Deputy David Ramsey said McCall possessed a weapon that was in plain view. He later admitted to being a convicted felon, which meant he wasn’t allowed to possess a gun. During a pat down search, Ramsey said deputies found drug paraphernalia that included a glass smoking pipe and some burned aluminum foil. McCall also produced a pouch that had heroin and methamphetamine in it, Ramsey said.

McCall was released by deputies without arrest on Nov. 4 because of a pending investigation.

Warrants for charges connected to the Nov. 4 incident were created this week.

On Wednesday, Rowan County Sheriff’s Office deputies spotted a woman named Latisha Nicole Young at a Dollar General on Woodleaf Road in the same truck involved in the Nov. 4th incident. Ramsey said deputies followed the vehicle because there were outstanding warrants for Young’s arrest.

Young ran out of the back of the house before deputies searched the building, Ramsey said. She hasn’t been arrested and remains wanted.