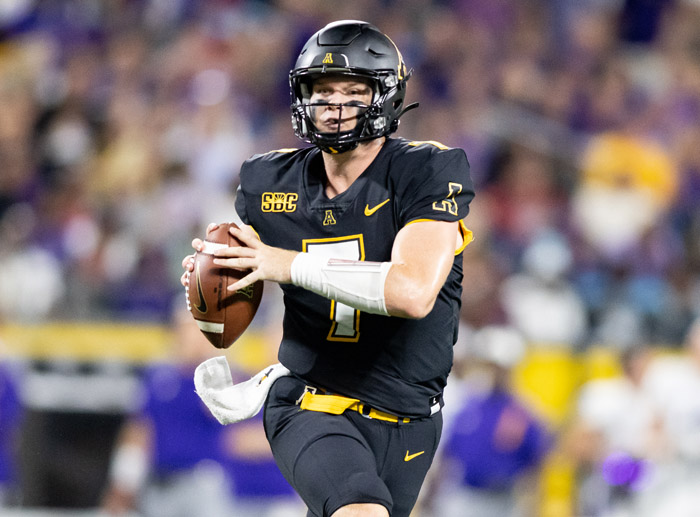 LAFAYETTE, La. — For Louisiana-Lafayette coach Billy Napier, there was never a thought of starting his next job at Florida before he’d coached the No. 20 Ragin’ Cajuns in the Sun Belt Conference championship game.

This is the third time in four years since Napier arrived in Lafayette that the Cajuns (11-1, 8-0 Sun Belt, No. 24 CFP) are in the conference title game. In the previous two, they lost to Appalachian State. This Saturday’s game features yet another rematch with the Mountaineers (10-2, 7-1).

“There was no question regarding coaching the conference championship game. I mean, that was non-negotiable,” Napier, who was hired Sunday to be the next Gators coach, said this week. “It’s important for everyone to realize the commitment we’ve made to the players here and the staff here to really kind of take a singular focus on trying to do the best job we can do for this team.”

In 2020, the Cajuns went 9-1 in the regular season and broke into the national rankings, but the Sun Belt Conference canceled its conference title game that would have pitted the Cajuns against Coastal Carolina because of the COVID-19 pandemic.

This season, Louisiana-Lafayette dropped its season opener at Texas and has run off a school-record 11 straight victories since, going unbeaten in the Sun Belt to earn the right to host the league title game for the first time. The win streak included a 41-13 trouncing of Appalachian State on Oct. 12.

But Appalachian State hasn’t lost since and has played so well, in fact, that it enters this game as a 21/2-point road favorite, according to FanDuel SportsBook.

“We didn’t coach well that game. We didn’t play well that game,” Appalachian State coach Shawn Clark said, adding that his staff sought to simplify game plans after that setback and focus more on execution — and that it worked.

“We’re not going to change what we do,” Clark said. “We’ve got a couple of run plays, a couple of pass concepts and we try to execute at a high level.”

Although the ability of players and coaching staffs to focus can be challenged in times of transition such as ULL is going through now, Clark said he expects both teams to be sharp.

“Both teams have been there,” Clark said. “We know how to handle it.”

Louisiana-Lafayette fifth-year senior Levi Lewis, who has won 33 of his 40 career starts, enters the matchup as arguably the most successful and decorated quarterback in Cajuns history. He broke Jake Delhomme’s ULL career touchdown record of 64 earlier this season and now is up to 72. He needs 506 yards to break Delhomme’s yards-passing mark of 9,216 and might do it in two more games (including a bowl).

Lewis has 226 net yards and four TDs rushing this season, running judiciously but also extending passing plays with his legs.

“I’m not sure we’ve tackled him yet since the last time we played them; I think he’s still running,” Clark joked. “For what coach Napier’s doing, I think he’s the perfect quarterback for them and he’s won a lot of football games around there.

“We did an OK job last time we played them of keeping him in the pocket, but some of those throws he made were big-time throws,” Clark added.

The Mountaineers come in ranked No. 1 in the Sun Belt in defense, allowing 319.8 total yards per game. Appalachian State allows 113.4 yards per game on the ground, which also ranks first in the league. One of the Mountaineers’ top players is inside linebacker D’Marco Jackson, whose 103 tackles include 15 tackles for losses.

That makes for a compelling matchup against ULL, which averages about 190.9 yards per game rushing.

Hosting this game was important for Louisiana-Lafayette. The Ragin’ Cajuns have won 12 of their last 13 at home, with the lone loss in that span coming on a late field goal against Coastal Carolina last season. This season, the Cajuns have gone a perfect 6-0 at home.

Appalachian State handed over its offense to a newly acquired graduate transfer quarterback from Duke this season and has liked the results. Chase Brice led the Sun Belt with 2,901 yards passing this season to go with 22 TDs. But he has been prone to turning the ball over at times, tossing 10 interceptions.

“He really dove into the playbook,” Clark continued. “People, they gravitate to him — our players do. He’s a team-first guy.”