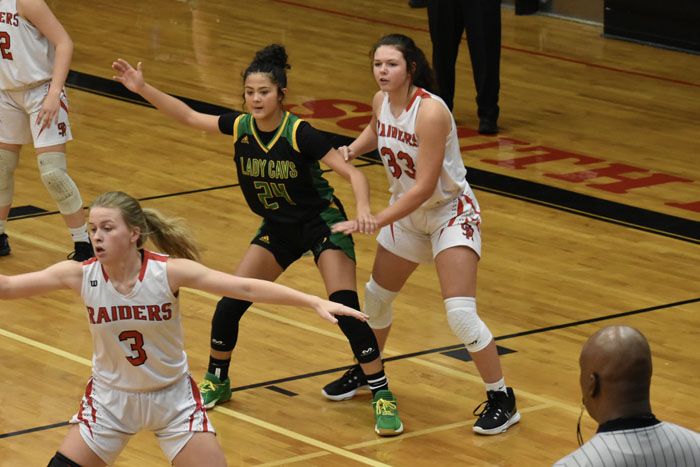 LANDIS — North Rowan’s girls basketball team made it two county wins in two nights with a 53-40 road victory at South Rowan on Thursday.

North (3-1) ended a long drought for county victories by beating East Rowan at home on Wednesday.

North has won three straight since losing at Carson on opening night.

Sophomore Bailee Goodlett had 17 points and four steals and is off to a great start. She’s averaging 18 points per game.

The difference in the game was a 21-point North second quarter that was fueled by steals and transition buckets. After the teams battled on even terms in first quarter, North shot out to a 31-18 halftime lead.

“Defense was huge for us,” Smith said. “We shared the ball, we played together, and we were able to play inside-out.”

Junior Madilyn Cherry shot well for South and scored a career-high 14 points. She bounced back from a scoreless game at Reagan on Tuesday.

Freshman Kynlee Dextraze had eight points for South (2-3). Also scoring for the Raiders were Bethany Rymer, Mackenzie Chabala and Hannah Atwell, another freshman.

“We played a lot better than we did Tuesday,” South head coach Alex Allen said. “But we’ve got some work to do on our passes. North got us in transition.”