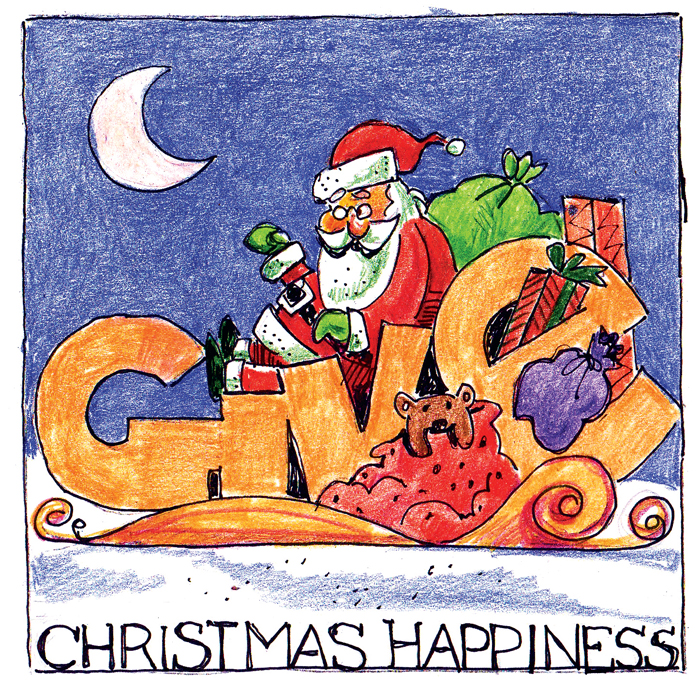 SALISBURY — Bettie and Jim Lyerly have donated to the annual Christmas Happiness Fund every year since 2009 — the year they lost Jim’s sister Alice “Jean” Lyerly.

“The holidays were very important to her, Christmas especially,” Bettie said.

A nearly 70-year-long tradition, the Christmas Happiness Fund assists families with Christmas presents for their children. The Salisbury Post collects money from the community and funnels it to the Rowan Chapter of the Salvation Army to distribute.

Bettie said Jean suffered from some physical and mental disabilities and struggled to speak due to a severe fever as a young child. But Jean was someone who never forgot a face and loved everyone she met.

“If you ever met her, you were here friend,” Bettie said.

Jean, who grew up during the 1930s and ’40s, attended Granite Quarry Elementary School. Bettie said Jean eventually had to stop attending school because there weren’t special education programs in place to assist her. Jean was later accepted to the Rowan County Vocational Workshop, where she’d happily work to piece together equipment for companies like General Electric. Bettie said Jean was a hard worker who was so happy with the opportunity to help at the workshop.

Jean lived a long life — passing in her 70s. In her last few years, Bettie recalls taking Jean to places where she would often remember more people than Bettie and Jim did. Jean was a member of First United Church of Christ, which was always supportive of her, Bettie said.

Christmas was always a special time, Bettie said, and Jean loved seeing Santa Claus. Since Jean’s passing in 2009, Bettie said making annual donations in her name to the Christmas Happiness Fund is something that “would mean a great deal to her.”

“Through the years, she made Christmas special for us,” Bettie said.

• In memory of Ward and Helen Ratledge, a donation of $100 from George Ratledge.

• In memory of Norman Holshouser, a donation of $100 from Sarah Holshouser.

• In memory of Alice Jean Lyerly, a donation of $50 from Bettie and Jim Lyerly.

• In memory of Chloe, a donation of $25 from Aunt Roberta.

• In memory of Mr. Doug Jones, a donation of $100 from Steve, Sandy, Luke and Sam of the Combs family.

• In memory of Kristi Nicole Kruchkow, a donation of $300 from Danny and Donna Kruchkow.

• In honor of my mother Jeanette Ward, a $25 donation by Arnold Herring and wife, Brenda.

• In honor of family and friends, a $200 donation from Ralph and Helen Brown.

• $500 from the Charity League of Salisbury.