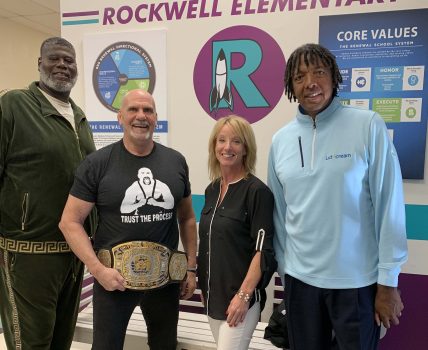 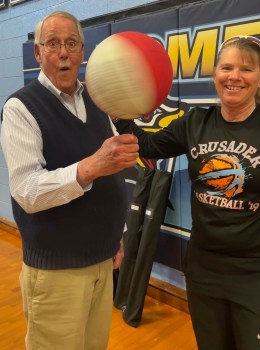 SALISBURY – The speaking series previously known as Game Plan for Life is back as ABC Upward! to bring speakers in to local schools and colleges to make an impact on students.

The program has gone through affiliation and name changes over the years, but it’s now an in-house program of the Rowan/Kannapolis ABC board. Over the years, it has brought a mix of speakers to talk about overcoming adversity, bad influences and the temptation of underage drinking.

The speakers are targeted to the age group of the students. Elementary students hear more about issues such as bullying while older kids may get more information about drugs.

“We get numbers all the time,” Dillon said.

Osborne said the program has made a major impact on students and families over the years, and the ABC Board takes it seriously. At least 7% of ABC proceeds are required to go to education. Osborne said for some boards that means handing over a check to someone else. In Rowan County, the board tries to do more.

Former NBA player and All-American at UNC Al Wood has been involved in the program for years.

Wood said when he was first invited he was able to share his story about recognizing signs in students. His message for students is to make decisions off of good information rather than bad or no information.

Wood talks to students about decision making and the outcomes they lead to.

“We really challenge kids to make good decisions,” Wood said, adding he wants kids to think before they act.

Wood is able to give the students real examples from his life when he made decisions without thinking that endangered himself and others.

Wood said he has his own experience with recovery and he speaks to kids about the effects of underage drinking and drug use. He said advertising connects alcohol with fun, but there are dangers connected to drinking that include overdosing and the impact of alcohol on developing brains.

Former professional wrestler Nikita Koloff spoke for the program for the first time this year. He was put in touch with the ABC Board by Wood, who thought he would be a good fit.

Koloff’s message is about overcoming poverty. He grew up poor in Minneapolis and found his way to stardom in professional wrestling.

“If they set their sights on success and establish some goals, they’re capable of accomplishing anything,” Koloff said.

Koloff said a recent engagement with Wood and former NBA player Chris Washburn blended well because they each had stories of overcoming adversity: poverty, drugs and alcohol.

Koloff said he asked students to start thinking about what they want to do with their lives. His career was in the 1980s and ’90s, but he said the parents know him, and a big championship belt always grabs kids’ attention.