SALISBURY — With concerns rising about a new variant of COVID-19, local deaths tied to the virus are approaching 300 for the year as cases remain flat.

Rowan County has 290 COVID-19 deaths among its residents in 2021, which includes 17 in the previous month and 479 total since the start of the pandemic. The number of deaths in 2021 already tops those in 2020 — when COVID-19 was one of the leading causes of death among local residents.

Daily cases hit a low during the summer, when new positives regularly were in the single digits. The highest point for daily positives in Rowan County came in late August, when numbers were regularly over 200.

Now, new cases are mostly flat in Rowan County — 404 in the previous two weeks. Adjusted for population, the local number is better than all neighboring counties.

Statewide, new cases spiked to 3,780 on Thursday, which was double the total at the start of the week.

It’s not clear whether any of the new cases are the omicron variant, which was identified in South Africa last week and has been found in the United States. The variant has raised concerns because of mutations to the part of the virus that interacts with human cells, the spike protein, said Dr. David Priest, who leads Novant Health’s response to the virus.

“A flag gets raised that says, ‘Hey, we need to understand how these spike protein changes can impact how the virus behaves,’ ” Priest said Thursday in a briefing with reporters.

It will take a few weeks, he said, to understand how the new variant behaves differently than previous ones.

He said MRNA technology, which was used to create the Pfizer and Moderna vaccines, will allow scientists to adapt the shots for new variants quickly. However, people shouldn’t hold out until tweaks are made because vaccines have proven to be effective in preventing hospitalization and death from new variants, including the delta variant that makes up nearly all of the current COVID-19 cases.

Other typical COVID-19 protocols, including face masks, social distancing and proper hand washing will also be helpful in combating the new variant, according to the Rowan County Health Department.

• The Rowan County Health Department said data show unvaccinated people are five times as likely to contract COVID-19 and 25 more likely to die from COVID-19 compared to those who are vaccinated and contract the virus.

• Data from the U.S. Department of Health and Human Services show 184 total inpatient beds are occupied out of Rowan Medical Center’s 269-bed total. At the hospital, 22 of 22 intensive care beds are occupied.

• The percent of tests returning positive in Rowan County is 7% — a number that’s increased slowly in the previous month. It’s slightly below the state average of 7.4%.

• About 45% of Rowan County residents have received at least one dose of a COVID-19 vaccination and 41% are considered fully vaccinated. Both numbers are worse than all neighboring counties except Stanly.

• Southeast Middle School, where there have been two cases among staff and nine student cases, is the only active cluster at a local school or child care facility. 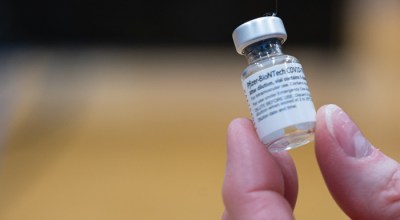 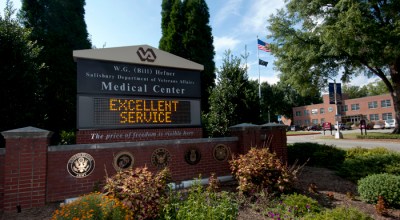 ‘Our cases are out of control’: Board of Health discusses COVID-19’s omicron surge