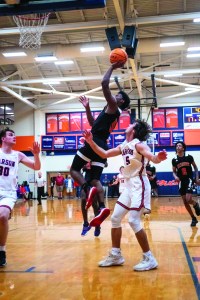 Jaylen Cross had 23 points and five assists for the winners, who took control  of the game in the second quarter and led 33-21 at halftime.

Connor Ballou made five 3-pointers for the Vikings (2-0) and scored 17 points. Drew Watkins had 11 points and nine rebounds.

The non-conference loss should be a good learning experience and eventually an RPI booster for the Hornets.