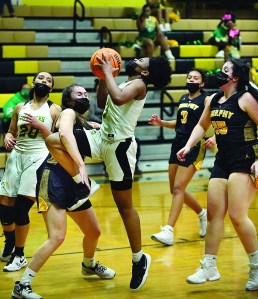 The blowout victory had some historical significance for the Cavaliers. The program had lost 21 straight against Rowan opponents.

It was North’s first victory against a county foe since North beat Salisbury in the Central Carolina Conference Tournament on Feb. 18, 2016.

It was North’s first triumph against East Rowan since the Christmas tournament championship game of 2013.

North no doubt would have won some county games last season, but it didn’t get to play any Rowan teams due to COVID.

Sophomore Bailee Goodlett scored a career-best 22 points for North. She had six steals and three assists.