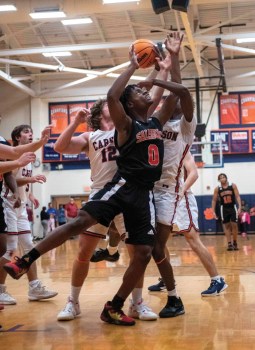 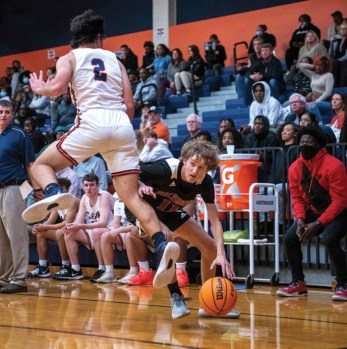 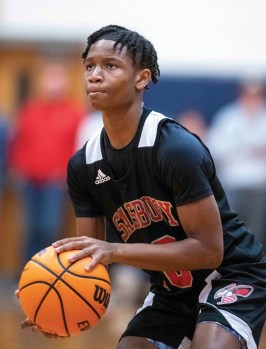 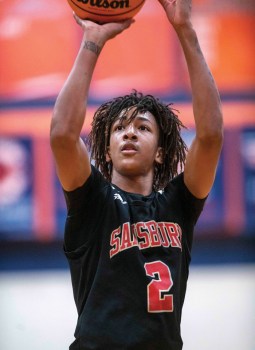 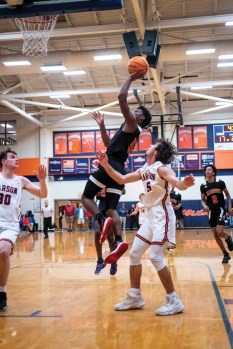 Playoffs: Lost to Mountain Heritage in first round

Revised league: 1A/2A Central Carolina Conference (Salisbury, West Davidson, East Davidson and Lexington are the 2As, while North Rowan, Thomasville and South Davidson are the 1As.)

That trend will continue.

The’ frontcourt men for the Hornets still have to prove themselves, but the backcourt looks about as good as it gets in 2A.

In senior Cameron Stout and sophomore Jayden “Juke” Harris, the Hornets have two scorers who can put 20s in the book every night.

They also have tremendous numbers at guard, so head coach Bryan Withers can try to wear teams down with relentless pace and pressure from fast and furious three-guard and four-guard lineups.

The 6-foot-2 Stout has dropped some weight. He could always shoot the 3-pointer and led the Hornets in scoring as a junior with 12.6 points per game, but Withers expects him to drive, rebound and defend more aggressively this season. He’s been outstanding in the early games.

As a freshman, Harris, a 6-foot-2 combo guard, was the sixth man for a West Rowan team that won championships.

“He works as hard at basketball as anyone I’ve had,” Withers said. “He can shoot the 3, he makes free throws, and he can drive or post up.”

Mike Geter, the football team’s quarterback, brings extraordinary quickness and toughness to the mix. The lefty averaged 6.3 points as a hard-driving freshman.

Deuce Walker is a sophomore combo guard who played a lot of varsity minutes as a freshman, mostly at the point. His strength is defense He has the quickness to be a lockdown guy.

“Those guys can all handle the ball, so whoever gets it can bring it up,” Withers said. “That’s a big advantage. That will help us play the pace we want.”

Isaiah Riley, a transfer from North Rowan, has earned minutes with his defense and by doing a lot of little things well.

Jalen Chunn is a solid, hard-working shooter who played quite a bit last season.

Will Webb, an aggressive soccer standout, has excellent quickness. So do football DBs Zae Neal and Savion Freeman, who jumps so well he could play some small forward at 5-foot-11.

“He’s an athlete who can rebound and he can make that backdoor cut and dunk it on you,” Withers said.

Hank Webb has been dealing with a football toe injury, but he could get some time because of his shooting ability.

“He sees the floor, he can score, and he can run the team,” Withers said. “He was huge when we didn’t have the football players. Even now that we’ve got them, he’ll have a role on varsity.”

Most of the subtractions from last season’s team that contended for the Central Carolina Conference title were in the frontcourt. The Hornets lost scorer/rebounder Nate Brown, all-world rim protector Jalon Walker and Joe Witherspoon, who quietly had five double-figure performances in a 13-game season.

So the Hornets are going to be counting on new faces to get rebounds. It’s great to have all those guards, but they can’t get it and go if they can’t get the ball off the glass.

Prince Woodruff, a lean 6-foot-4, will get a chance to shine.

Nick Hall, a husky football defensive lineman, is making a basketball comeback and has impressed Withers.

Damian Brandon and Dashawn Brown are tough, physical football players who will hit the boards.

Nick Antosek, the tallest Hornet at about 6-foot-6, could be the guy that determines if this team is merely good — or outstanding.

“He was playing really well this summer when he hurt a knee,” Withers said. “He’s just getting back into rhythm now, but he can really shoot the ball from 15 to 18 feet.”

There’s no rush. He’ll tinker with the roster and give them some time to heal physically from the season and emotionally from the third-round playoff loss.

“I believe we’ve got a very unselfish group,” Withers said. “We can be good. It’s a matter of finding the the right combinations, the right rotation.”