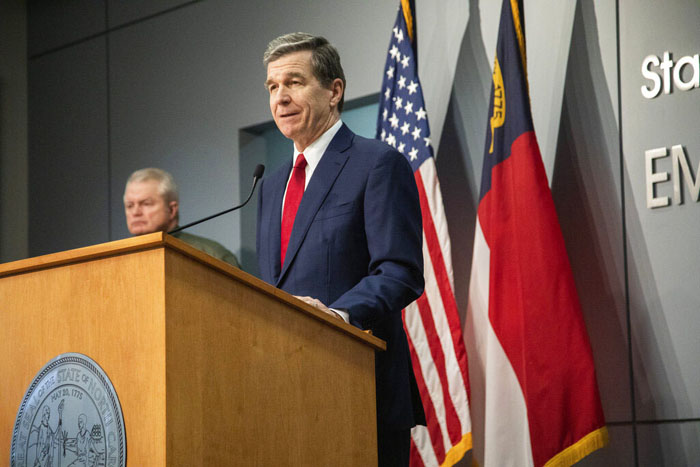 RALEIGH — Gov. Roy Cooper vetoed on Thursday legislation that would bar officials from counting mail-in absentee ballots received after Election Day, even if their envelopes were postmarked on or before that date.

Current law says envelopes postmarked by the day of the primary or general election can count if they are received within a three-day grace period. Republicans insist the bill would boost confidence in election outcomes by the public and help the media call results more quickly.

Legislative Democrats and their allies said the bill would suppress voting in a state where top-ballot races are closely divided. The bill would have required ballots to be turned in to county election workers by 7:30 p.m. on the day of a general or primary election, whether through the mail or in person.

“Election integrity means counting every legal vote, but this bill virtually guarantees that some will go uncounted,” Cooper said in his veto message.