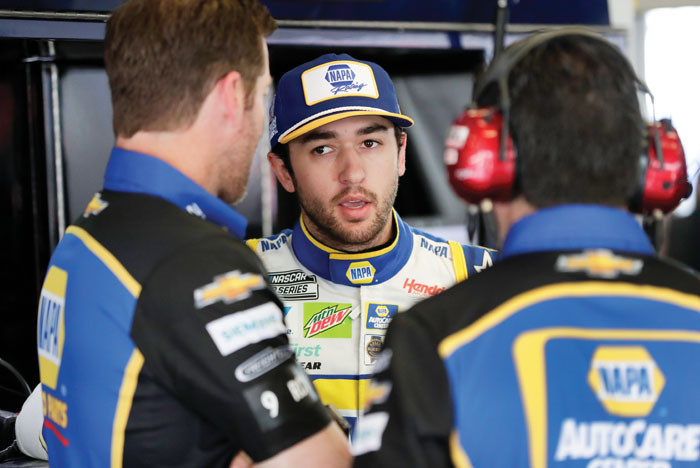 NASHVILLE, Tenn. — Chase Elliott held on to one of his NASCAR titles Thursday night when fans voted him most popular driver for the fourth consecutive year.

Elliott was both the reigning Cup champion and most popular driver this season, but he was ultimately beaten by new Hendrick Motorsports teammate Kyle Larson for the Cup title. At the season-ending awards ceremony at the Music City Center, the National Press Association declared Elliott winner of the fan-decided most popular award.

“I just can’t thank the fans across the country enough,” said Elliot. “I was really mind-blown on a few occasions this year of that support, and to see it firsthand, you know, I see the T-shirts and all that stuff is noticed. Looking forward to ’22 to make all those folks proud.”

Elliott began his run as NASCAR’s most popular driver in 2018, the first year of Dale Earnhardt Jr.’s retirement. Earnhardt had won the most popular award every year since 2003, the season Bill Elliott asked for his name to be removed from the ballot.

Elliott was beloved and voters selected “Awesome Bill From Dawsonville” as their favorite a record 16 times. Earnhardt won it 15 times and Chase Elliott claimed the throne when Earnhardt retired.

His fourth victory was again backed by a legion of Elliott fans in their Georgia hometown, and it staved off a challenge by teammate Larson. Elliott has remained extremely popular — his fans vilify any rival who dares to tangle with Elliott — but Larson has built a strong legion of supporters in his first year driving for Hendrick. Larson won 11 times in the Cup Series, broke Jeff Gordon’s 20-year record for most laps led in a season, and won Rick Hendrick’s record-extending 14th championship.