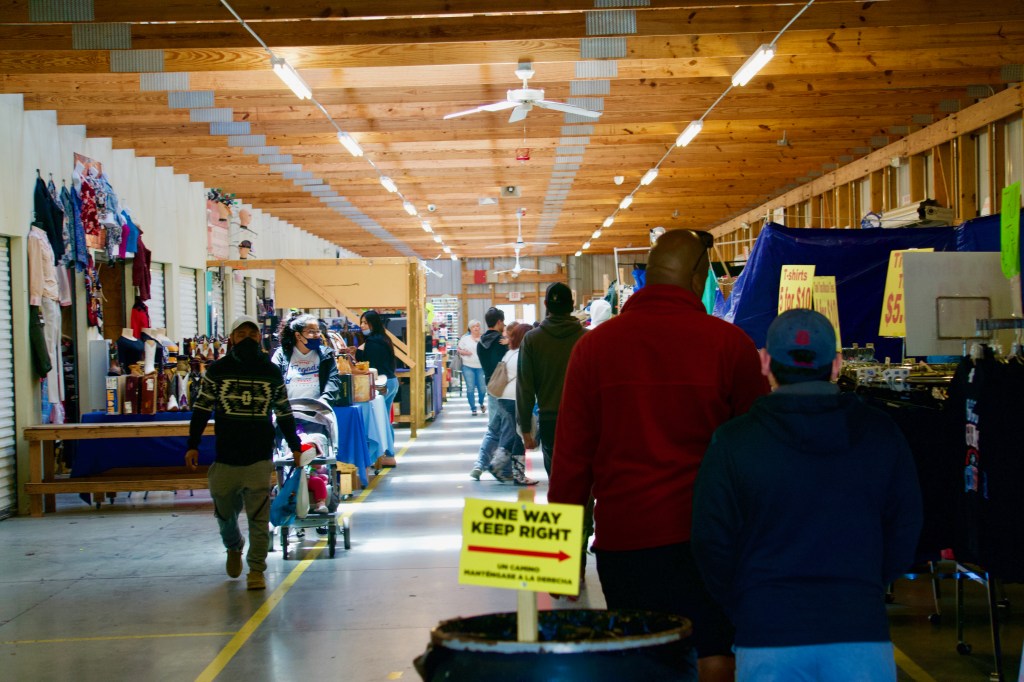 Maj. John Sifford of the Rowan County Sheriff’s Office said Charlotte-Mecklenburg Police found a beige and silver Pontiac car as well as a man unloading a box from the car around 7:10 p.m. Sunday. The man ran from the scene, hopped a retaining wall and wasn’t arrested.

The vehicle had a license plate that was reported stolen in Charlotte. When police checked the vehicle identification number on the car, it came back to a person in Kannapolis.

An unidentified man used the vehicle around 2:40 p.m. Sunday to leave the scene of an armed robbery at the Webb Road Flea Market, Sifford said. The victim was moving boxes around in a van when a man in black hoodie and sweatpants approached the vehicle’s side door, pointed a gun at the victim and demanded money. The suspect then reached directly into the victim’s pocket and took a a number of bills used to give customers change, Sifford said.

Vendors who witnessed the incident told Rowan County Sheriff’s Office deputies the suspect was a Black man, 5-foot-11 or 6-feet tall, about 20 years old, clean-shaven and of average build. He was by himself and spent “a significant amount of time” in the vendor’s area, vendors told sheriff’s deputies.

The Pontiac was seeing exiting out of a shelter, passing a truck, turning onto Leach Road and then onto Webb Road.