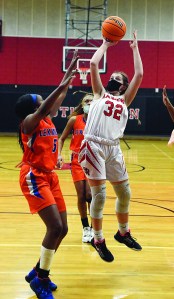 PFAFFTOWN — Only three South Rowan girls scored in a 68-32 loss at Reagan.

Both teams are Raiders, but that’s all they had in common, at least on Tuesday.

“Not our best,” South coach Alex Allen said. “This should have been and could have been closer than it was, but we got flustered.”

“Hopefully, we got all the hiccups out tonight,” Allen said.

A road trip to 4A Reagan was expected to be a major challenge for South Rowan’s inexperienced boys basketball team — and that proved to be the case.

It was the season opener for Reagan, which is playing six games in 11 days.

South is home on Thursday against North Rowan.