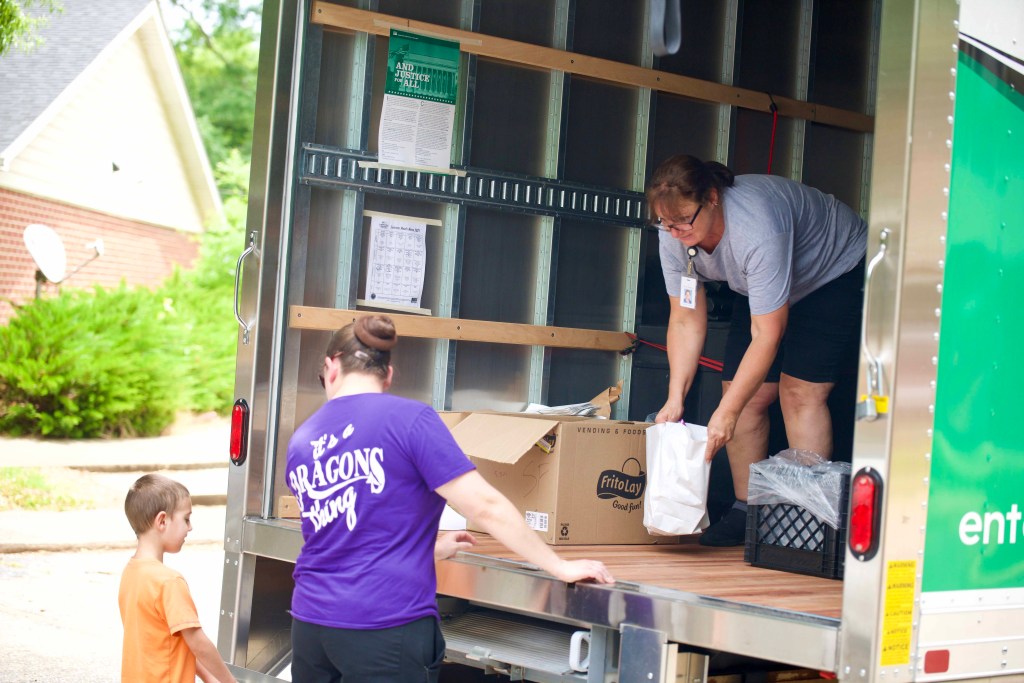 SALISBURY — The Rowan-Salisbury Schools Board of Education on Monday unanimously approved a minimum pay increase and new pay scale for nutrition staff.

The changes will raise the minimum pay for nutrition workers from $12.13 per hour to $13.39 per hour. The increase comes with the expectation there will be more significant increases for employees depending on their position in the department and years of service. How high the pay scale goes is an open question. The district is waiting on the N.C. Department of Public Instruction for updated scale information.

The initial ceiling on the scale was $20.62 for the lowest-level nutrition position, but the passage of a new state budget earlier this month means the district is unsure of where the maximum and minimum pay ranges passed down by the state will fall. The current maximum for an entry-level employee, which should increase, is $14.18 per hour.

RSS Chief Financial Officer Carol Herndon said minimums for different positions within the department could be higher than the district’s newly updated pay scale and its maximums could be lower.

“Until we know what their salary schedules are, we can’t move forward with who goes next,” Herndon told the Post.

The new scale placements and minimum will go into effect Wednesday. Herndon said the pay period Wednesday falls within will be paid in January, and the district should be able to finalize its scales beforehand.

Herndon said finance staff are confident the cost to implement pay increases for nutrition staff will be about $600,000 this school year and come with an annual price tag of $1 million. The increases will be paid for out of the Nutrition Department’s enterprise funding. The funding for nutrition is separated from the rest of district expenditures.

Nutrition Director Lisa Altmann told the board the department is not allowed to keep more than three months worth of operating costs in the bank at once. The department has a goal of breaking even at the end of the school year. If the department goes above the three-month mark, Altmann said it has to coordinate with the N.C. Department of Public Instruction to “spend down” the balance by directing money to support other program costs such as equipment purchases.

The department also pays for its indirect costs, including maintenance and electricity.

In addition to the increases this fiscal year and bonuses for most school staff from the state, minimum pay for school employees is slated to increase to $15 per hour for the 2022-2023 fiscal year per the new state budget, which starts in July. That would result in more increases for staff.

Board member Dean Hunter said he was trying to wrap his head around how the department would be able to fund an increase like what’s approved. Herndon said the funding for the increases is sustainable and will include fully funded benefits.

Superintendent Tony Watlington said the Nutrition Department is one of the best managed in the state, crediting staff for consistently ending the year “in the black” when some districts struggle to do so.

Altmann also noted there are about 70 vacancies in the department.

Board member Brian Hightower said the shortage shows how hard school nutrition staff have been working, adding other districts are short-staffed as well.

Other classified staff, including maintenance workers, clerical staff and teacher assistants, among others, are expected to get pay increases in the form of a recommendation for the board in the near future.