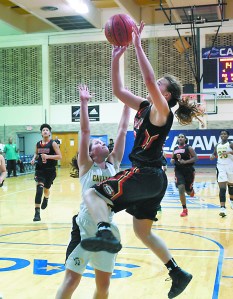 The Hornets (1-1) are struggling with some injuries and with their foul shooting.

“We played better than we did on Friday (a 35-28 win against North Surry),” Salisbury head coach Lakai Brice said. “We’re competing hard, but we’re missing too many easy shots and you can’t go 9-for-29 on free throws like we did against Apex Friendship.”

Apex Friendship is expected to be one of the state’s top 4A teams and is led by senior guard Indya Nivar, a Stanford recruit who is rated as a five-star, top-20 player nationally. Nivar picked Stanford over N.C. State and North Carolina.

The Patriots jumped on the Hornets at the start and took an 18-8 lead after a quarter.

Salisbury made a good run in the third quarter and was able to get within one point, but missed layups and missed free throws were too much to overcome. Apex Friendship pulled away and put the game away by making nine free throws in the fourth quarter.

“It’s still a game that should help us get better,” Brice said. “Apex Friendship has a great team with really tough guard play.”

“Mary was solid and tough and did a lot of good things for the team,” Brice said. “Jamecia played with great energy.”

Haley Dalton has missed the early games with a concussion.

The big concern for the Hornets is junior guard Kyla Bryant, who is trying to play through a wrist injury that has affected her shot, especially her free-throw shooting.

Bryant will see a doctor Monday. It’s possible she may have to sit out for a while to allow the wrist to heal.

Salisbury is facing a challenging week on the road, at defending 3A champ Carson on Tuesday, at Northwest Guilford on Wednesday, and at West Rowan on Friday.

“I do like where we are right now, but we have to get healthy,” Brice said.