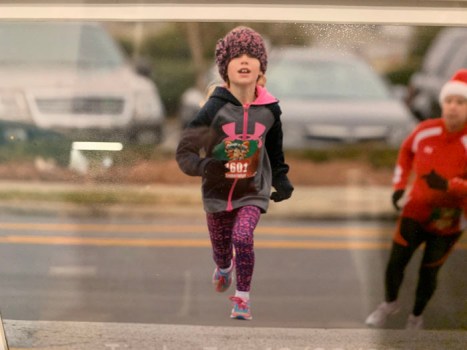 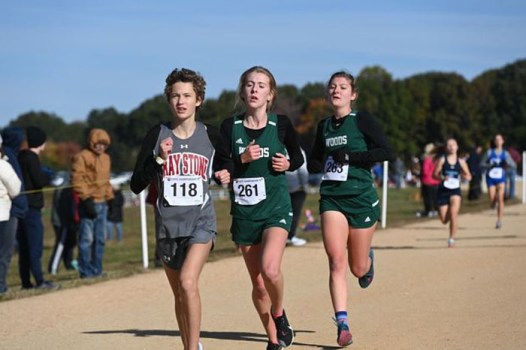 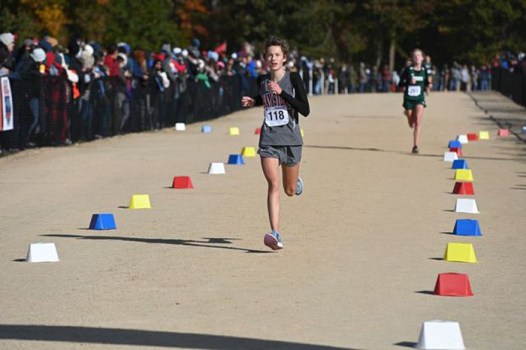 submitted photo Emberleigh Pauley-Brown is the two-time women’s cross country runner of the year in the Yadkin Valley Conference. 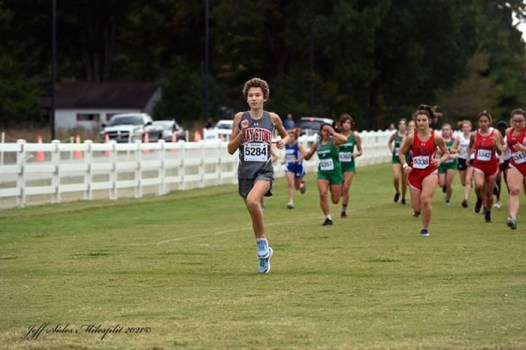 SALISBURY — As a Salisbury resident who attends Gray Stone Day School, Emberleigh Pauley-Brown might fly under the radar when she shows up at cross country meets.

She’s also likely to fly by her competition on the way to the finish line.

Pauley-Brown is a 15-year-old sophomore at the at the Misenheimer charter school and, as of last week, the two-time women’s cross country runner of the year in the Yadkin Valley Conference. She was also the fourth-place finisher in this year’s state championships — a first for her school. Her coach, Sherri Swaringen, says her athletic talents also pair well with good grades and a warm, welcoming personality.

From riding in a stroller or running with athletic parents who’ve completed marathons to competing on her high school team, Pauley-Brown says she loves the sport. It’s an added benefit, she says, that 5k runs and other special events allow her to support causes she believes in.

“You get to impact them and run to raise money,” she said.

“She focuses on ‘this is what I want my pace to be’ and sets her mind to it completely,” Swaringen said. “She achieves whatever she is working for and is very dedicated. She doesn’t mind putting in the time.”

Her smarts and analytical mind are good resources for becoming a top-notch distance runner, Swaringen said. Her best official cross country 5K time is 20:05. In this year’s state championship, she ran a time of 20:29:33.

Pauley-Brown has her sights set on the top notch of running. She hopes to run on a college team and in the Olympics. She also hopes to complete the famed six-star marathon races: Tokyo, Boston, London, Berlin, Chicago and New York City.

Her race strategy is a tried and true one — proper pacing and pushing toward the finish at the right moment. At larger races, other runners may be tempted to start fast, but Pauley-Brown waits until the end to turn on the jets.

“Because of all the people watching, everyone runs crazy fast, and a lot of people run faster than they can handle,” she said.

As part of her training, Pauley-Brown said works on running longer distances than the races she’s competing in.

“Lots of people don’t want to put in more miles, but those miles help you,” she said. “You look back and say, ‘Wait, I’m already done?”

Pauley-Brown plans to compete in track events this spring, but she says running on the track isn’t quite as fun as the trails on cross country courses.

“It’s been very fun to watch her,” Brown said. “In a way, she’s under the radar because she lives in Salisbury, but she goes to Gray Stone.”

With a fourth-place finish at the state championships and two conference runner of the year awards, it might be hard for her to fly under the radar much longer.