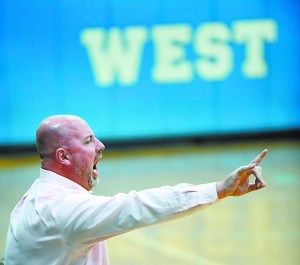 The Falcons will be tall, but young, and some growing pains are expected early.

West lost 62-43 to Mooresville in its opening game.

It was 25-22 at halftime, but Mooresville pulled away in the third quarter.

Will Givens, a junior guard moving up from the jayvees, scored 11 to lead the Falcons. Levon Jacobs, a 6-foot-7 sophomore, scored 10.