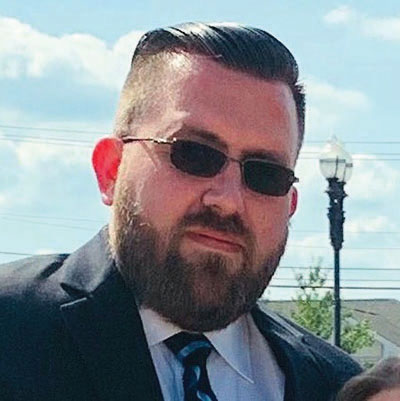 LANDIS — Two years after aldermen voted to fire former manager Roger Hosey, the town has agreed to a $187,500 settlement in addition to attorney fees.

Town aldermen gathered for a closed session meeting Nov. 2 to discuss the settlement and accompanying budget amendment that will resolve Hosey’s lawsuit regarding his contract. At the time, the town and Robin Davis of the Jackson Lewis law firm in Raleigh, who represented the city in the case, said the settlement could be provided to the Post after all parties involved had signed off and it had been finalized.

Ellis Hankins, a Chapel Hill attorney, represented Hosey in the case. Both firms provided the same comment, that “the parties have agreed to resolve their contractual dispute in the lawsuit.”

After his firing in November 2019, Hosey claimed the town owed him $450,000, which included two months of salary for every year of his 13 years of service with the town. The settlement directs the town to pay Hosey $187,500, with half allocated as severance and half allocated as compensatory damages. The settlement also directs the town to pay $62,500 to the Brough Law Firm, where Hankins is employed.

Additionally, the settlement directs the town to provide a letter to Hosey’s current employer certifying his full sick leave balance of 2,103.50 hours as well as awarding him his side arm at no cost.

The settlement directs Hosey to have no contact with the media or to speak publicly about the town or town matters.

Likewise, the settlement states neither town aldermen nor the manager can publicly communicate anything negative or disparaging about Hosey.

Attached to the settlement is a letter of recommendation from the town for Hosey’s employment as a law enforcement officer with any department or agency to which he may apply.

Town Manager Diane Seaford stated in the letter that after reviewing his personnel files she can confirm he performed his duties as an officer with the town honorably and capably. Since joining the Landis Police Department in 2007, Hosey received four promotions, making his way from a patrol officer to deputy chief of police. The letter states Hosey resigned from the Landis Police Department in good standing on Jan. 10, 2020.

Hosey, who was elevated from police officer to town manager in the aftermath of a state embezzlement probe, was fired by aldermen in January 2020 — five months after taking the position. He was named town manager by a board with multiple members who didn’t seek re-election amid the embezzlement investigation. He was fired by the new majority elected in November 2019. The outgoing board in December 2019 amended Hosey’s contract before he was fired.

Mayor Meredith Smith along with board members Katie Sells and Ashley Stewart cast the deciding votes in the 3-2 decision to fire Hosey and cited “just cause” as the reason.

Hosey then filed a lawsuit against the town seeking monetary damages for a breached contract, accusing Smith of slander for statements he was terminated due to “just cause” and that his due process was violated.

In March, Judge Loretta C. Biggs of the U.S. District Court for the Middle District of North Carolina dismissed all claims brought against Smith, Stewart, Sells, Corriher and Overcash in their official capacity, along with Hosey’s claim that his due process was violated by Smith, Stewart and Sells personally. The order officially dismissed Stewart, Sells, Corriher and Overcash as parties in the lawsuit, leaving only Hosey’s contention over the “just cause” clause in his contract as the remaining dispute, which has now been settled.