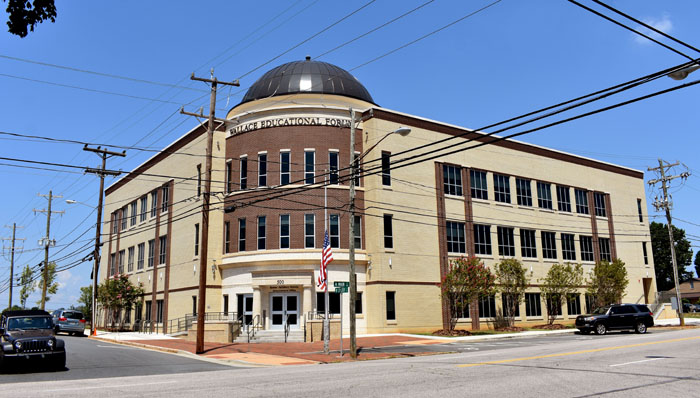 SALISBURY — In late 2020, Rowan-Salisbury Schools received a $26.3 million federal grant that enabled the district to forge ahead on projects it could not otherwise afford.

A year later, the district has spent $6.5 million of the grant funds on a litany of programs in human resources and finance infrastructure, recruitment and retention, performance-based compensation, professional development for teachers and research and resource development.

The biggest piece of spending so far has been devoted to teacher and school employee bonuses, totaling about $2.9 million. The grant, which has been explicitly described as a teacher incentive grant in the past, has been used to fund recruitment and retention bonuses at the district’s highest need school as well as stipends for the district’s lab school in Koontz Elementary, teacher-led design teams and lesson plan development.

This translates into a few key areas. The retention bonuses are intended to attract and keep teachers at the district’s highest need schools. The lab school is a program that places college students in classrooms as part of a co-teaching model for a full year and involves apprentices committing to working for RSS for a couple of years after they graduate.

The design teams are working toward goals outlined in each school’s updated renewal plan.

The lesson plan development program is creating a repository of vetted lesson plans that meet state standards. More than 75 teachers are developing plans as part of the program this year. The plans will cover every subject, with additional specialties for academically gifted and exceptional children classes.

The plans are vetted by groups of specialists and another review team before a lesson is signed off on.

“We have all these layers of people reviewing and making sure they’re high quality,” Grant Coordinator McKenzie Lamborne said. “They are working after hours, nights and weekends, and they get a stipend for that.”

There are also completion bonuses for the end of the year for everyone who completes the work laid out for them.

Chief Administrative and Strategic Planning Officer Andrew Smith said the idea to lighten the load on teachers and the lessons will provide a starting point that is tightly aligned around standards, quality resources and the district directional system.

Smith said the lessons are base units teachers can modify and add layers to make it their own.

“We’re not trying to take the art of teaching away,” Smith said. “That pedagogical experience is important for teachers because teaching really is an art. So, it’s a base layer.”

Smith said saving time on lesson planning gives teachers more time to think about individualized instruction for students and attend to the other responsibilities that come with being a teacher.

Smith said the program should never be something put in a box and set aside.

“The lessons we create in year one, by about four or five years from now, need to be readdressed,” Smith said. “If you’re teaching the same lesson you taught 20 years ago, it’s like the same as malpractice by a doctor.”

By the third year of the grant, the plans would be close to covering the entire curriculum.

The finance and human resources departments are also moving to a Tyler Technologies software suite that will integrate both teams, consolidating the multiple programs the departments use right now.

Smith said the grant is intended to modernize “human capital management.” Some things being done by hand will be streamlined by the transition.

Applying districts provided their ideas for how they would show improvements in those areas.

Smith said there is an evaluation budget included in the grant funding. The U.S. Department of Education set out measurements for goals in the grant.

In this case, the goals are focused on supporting teachers, particularly in high-need schools, and raising student performance.

Lamborne gave an example of one metric: the percentage of educators in schools that earn performance-based compensation. There are set targets the district will try to meet each year.

The grant lasts for three years, but the district hopes to show improvement and get an additional two years of funding.

Lamborne said only half of the grantees in the Teacher and School Leadership Program will receive an additional two years of funding.

Smith said there are also programmatic goals the district wants to accomplish and the district is working with N.C. State University’s Friday Institute on an assessment with a  plan to deliver a report in January.