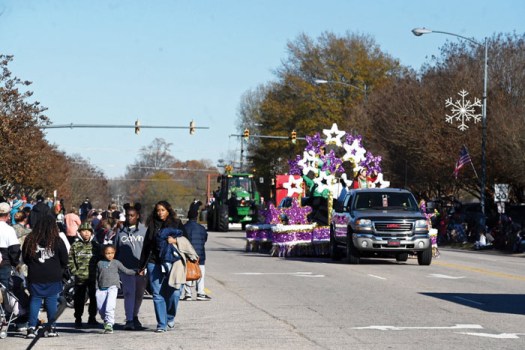 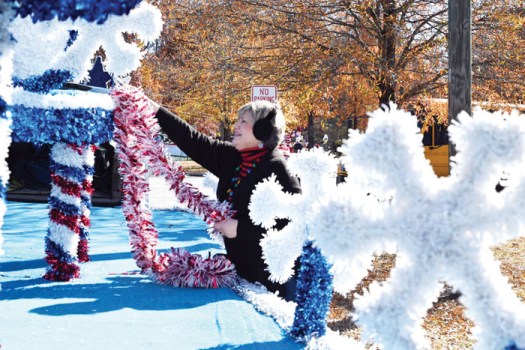 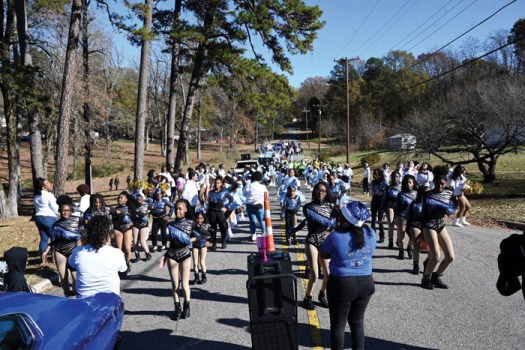 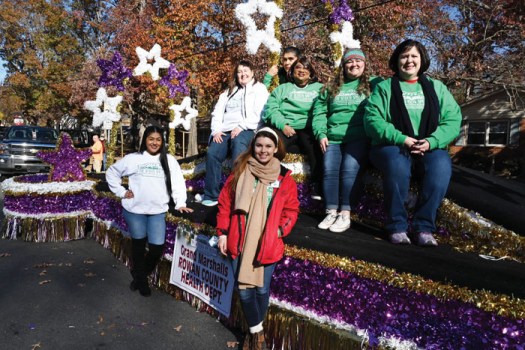 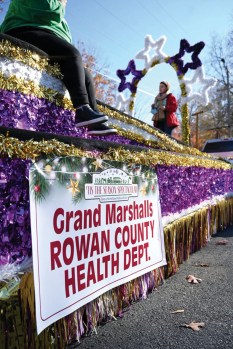 SALISBURY — Tamara Marlowe showed up to the first day of her new job at the Rowan County Health Department dressed to impress.

Expecting to sit in an air-conditioned office, Marlowe was wearing a long-sleeved, button-down shirt, a cardigan and shoes not meant for walking.

As soon as she got to work, Marlowe realized her mistake.

“Day one, I came dressed up to sit at a computer all day doing important things and they put me out there in the parking lot doing COVID testing and we’ve been off and running ever since,” Marlowe said.

Marlowe, who had recently earned her bachelor’s degree in public health, was hired to help with the county’s pandemic response as a COVID-19 coordinator.

Her first day was in early October 2020, but it was warm outside. As she worked to administer tests, Marlowe quickly shed the cardigan to stay cooler and rolled up her sleeves, but she was forced to spend the entire day walking around in the shoes.

“I didn’t wear those shoes again after that,” Marlowe said.

Over the previous year, Marlowe and the Health Department’s COVID-19 response team have continuously adapted to unexpected and sometimes uncomfortable circumstances to distribute vaccines, provide up-to-date guidance to concerned residents and improve COVID-19 education and testing in the community.

“I am so so proud of this team because of everything we’ve had to throw at them, they’ve taken and done spectacularly with,” Health Director Alyssa Harris said.

The county’s COVID-19 staff members and nurses were recognized for their efforts by being named grand marshals of the ‘Tis the Season Spectacular parade. They rode through downtown Spencer and Salisbury on Wednesday afternoon, taking a break from their normal duties to soak in the holiday fun and some extra appreciation.

“It’s extra special to know that we’re being recognized as a team,” Harris said. “Truly the pandemic is not one person. It really is that team effort. Knowing that we’re all on that float together, we’re able to wave and share cheer and have a normal Thanksgiving experience is wonderful.”

The warm October 2020 day Marlowe spent administering tests would’ve been welcome compared to what she and others faced a few months later. In conjunction with nurses, volunteers and the county’s emergency services staff, the Health Department’s COVID-19 team helped organize the first mass vaccination clinics at West End Plaza in early 2021.

Lorena Villarreal, who joined the COVID team as a coordinator just a week before Marlowe, remembers the challenges associated with the first few clinics. The intense demand for vaccinations among those aged 65 and older led to long lines of vehicles clogging traffic on Statesville Boulevard, some people lining up three hours before the clinic even opened.

Figuring out the logistics of moving hundreds of cars through the clinic efficiently was difficult enough, but the January weather added an entirely different challenge.

“There was 30-mile-per-hour wind, rocks were going into our eyes, it was freezing, there were puddles up to our ankles,” Villarreal said.

The wind was so strong, Marlowe said, they started wearing safety goggles to prevent eye irritation. With the wind blowing and rain coming down, there were several times when Marlowe and others had to push stalled-out vehicles by hand out of the line to prevent backups.

As they dealt with the elements, Villarreal, Marlowe and the staff worked hard to make sure their patients were comfortable.

“We had people asking for water, hand warmers and stuff like that,” Villarreal said. “Whatever we were able to do to assist we did and helped them get as comfortable as they could in that situation.”

By the time Villarreal left at the end of the day, which was past 8 p.m. some nights, it was all she could do to collapse on her bed to recuperate for the next day.

By the time the Health Department stopped hosting the mass clinics when demand lessened, the county had distributed thousands of doses. After the clinics were over, the COVID-19 team shifted its focus to getting COVID information into the hands of underserved parts of the community. Villarreal, who is fluent in Spanish, played a critical role in that process.

“It was mostly me calling to say, ‘Hey, we’re here. I’m Spanish. I’m here to assist you with all the questions you might have,’” Villarreal said.

Being able to communicate well and relate to members of the Hispanic community was important, Villarreal said, because many people in the community are wary of talking to government representatives. The Health Department partnered with Hispanic businesses to pass out fliers or host testing sites at their shops and restaurants.

Another duty the COVID-19 team shoulders is answering calls from community members about the pandemic. Callers have often been frustrated, confused by the constantly shifting guidance being distributed by national and statewide health leaders. Many times callers have been outright angry, directing their feelings about mask mandates and mandatory vaccinations to the Health Department.

“You wanted to make them feel like they’re being heard,” Villarreal said. “Regardless of whether we had the information or not, we want to be able to help them with resources or other locations that are able to assist them.”

Most recently, the COVID-19 team has been focused on providing education to combat misinformation and booster shots. The first booster clinic was held at West End Plaza earlier this month and the Health Department distributed dozens of shots under much calmer circumstances than the vaccination clinics.

“We gave boosters to 50 people, so it was a success in our book,” Marlowe said.

The Health Department’s COVID-19 team will continue to combat the pandemic moving forward. Whatever might be next, Marlowe and Villarreal are ready.

“I’ve enjoyed all of it,” Marlowe said. “This has been the best job I’ve ever had. I love the chaos.”