HICKORY — Police  say the suspect in the killing of a Lenoir-Rhyne University football player has ended in an arrest.

The Charlotte Observer reported Thursday that police in Hickory said that suspect Quavius Shamond Izard was found “hiding on a property in Collettsville” by the owner.

Officials said that Izard was taken into custody Wednesday and charged with first degree murder. He was being held without bond in a local jail.

Collettsville is about 85 miles northwest of Charlotte, in Caldwell County.

Izard is suspected of killing 19-year-old Omari Alexander of Concord. He died early Saturday morning in the parking lot of some apartments in Hickory. He was a sophomore at Lenoir-Rhyne University in Hickory. He also played tight end on the school’s football team.

MORGANTON — Officials in western North Carolina say that a 54-year-old woman has died in an early morning house fire in Burke County.

Burke County Fire Marshal Mike Willis told WBTV that a call came in shortly before 3 a.m. Thursday for a structure fire on Farris Loop in Morganton. There was a report that someone was still inside.

Firefighters arrived at the scene, and the single-story home was fully ablaze. The fire marshal said that one of the home’s occupants told first responders that someone was still inside and unable to escape.

Crews worked to put the fire out and began search and rescue efforts.

“Firefighters were unable to rescue the victim in time due to the intense fire conditions on arrival,” a press release said.

The victim was identified as 54-year-old Mary Louise Mode. Willis said the fire originated from a heating source in the home.

CHARLOTTE — Two people were killed when a tractor-trailer carrying mail on Interstate 85 crashed into a car stuck in the middle of the roadway, according to the N.C. State Highway Patrol.

The patrol said a car crashed just after 2 a.m. Wednesday and stopped in one of the middle lanes of I-85 south near Billy Graham Parkway in Charlotte, news outlets reported.

Around 2:15 a.m., a tractor-trailer crashed into the stopped vehicle on the interstate. Officials hadn’t identified the victims as of Tuesday evening. Medical personnel said a third person was taken to the hospital with life-threatening injuries.

The U.S. Postal Service said mail was scattered across the interstate, but it was retrieved, transferred to another truck and taken to a postal facility to be processed.

Suspect, victim had shot each other at mall

ROCK HILL, S.C. — The man charged with killing someone in South Carolina this week had wounded the same victim in a shootout at a North Carolina mall earlier this year, investigators said.

A 911 caller reported finding a man on the ground early Tuesday on a street in Rock Hill. police said.

Harris and Williams shot and wounded each other on May 1 inside the Carolina Place Mall in Pineville, according to an earlier news release. The mall had to be evacuated.

Tornado rips through New Orleans and its suburbs 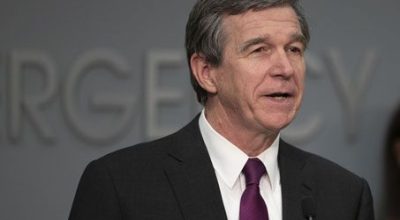