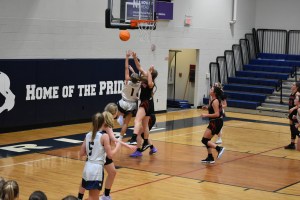 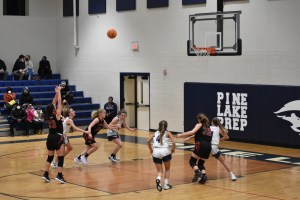 MOORESVILLE — Opening night didn’t go well for South Rowan’s girls basketball team with 15-percent shooting and only one made 3-pointer in 15 attempts in a lopsided loss at North Davidson.

But the Raiders expect to be improved this season and made some strides in their second outing on Wednesday. They won 61-55 at Pine Lake Prep.

“We hit a lot better tonight,” South coach Alex Allen said. “There’s a lot of work to do, but we’ll get there.”

South averaged only 31.4 points per game last season and hadn’t topped 60 since the 2018-19 season when Janiya Downs was a senior, so the boost in offensive production was very good news.

South only had one game last season in which three players reached double figures.

It was a tight game. South (1-1) trailed 32-30 at halftime, but inched ahead in the third quarter and finished strong. Rymer scored eight in the fourth quarter.

Nikki Mullen scored 15, Alli Mullen had 14, and Maddie Hiteshue scored 13 for Pine Lake Prep (0-2). PLP was blown out by 4A Lake Norman in its opener.

South’s first home game is Monday against Stuart Cramer. The Storm (0-1) will be making a trip from Belmont to play the Raiders.