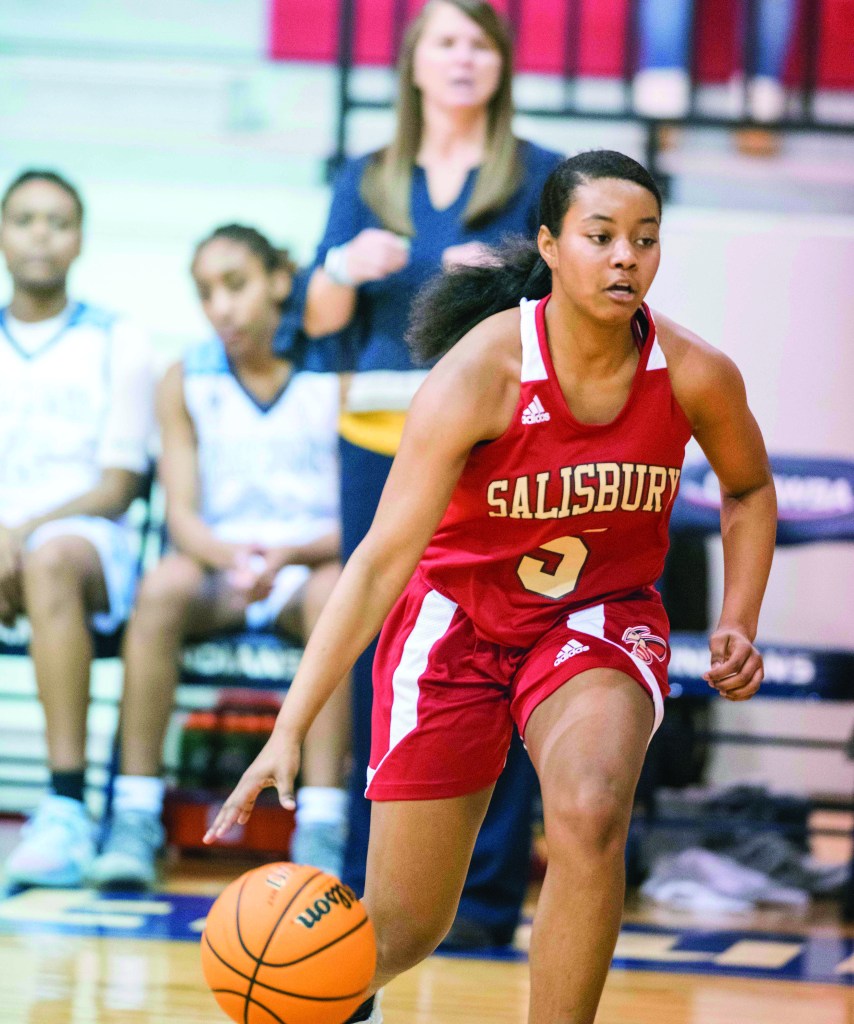 Eighth in a series of previews on local basketball teams …

Playoffs: Lost to Shelby in second round

SALISBURY — One of many strange things the COVID season brought was randomly seeded playoffs.

When Shelby’s girls came to Salisbury for the second round, on Feb. 25, the teams unofficially were playing for the 2A state championship, and both teams and both coaching staffs knew it. Shelby survived a hobbled Salisbury team 48-46, and the Lions went on to take the state title.

Nine days after her team lost, Salisbury coach Lakai Brice watched Shelby dismantle Farmville Central by 15 on championship Saturday. She had to sit there and think about what might have been for the Hornets.

If Makayla Noble had been able to play; if Jamecia Huntley or Haley Dalton had been anywhere close to 100 percent, Salisbury probably finds another bucket or two and beats Shelby, but it was the Lions’ night and the Lions’ season. The Hornets can’t dwell on it. They can’t change what happened.

It’s been a long wait, but the Hornets are ready to try again. They haven’t been sitting around moping. Many have been competing through the summer on AAU teams as well as together in a fall league.

Dalton, a long-armed, difference-making shot-blocker, barely played during her sophomore season due to a foot injury. Her foot is fine now, but she’s been out for several weeks with a concussion.

Huntley can run the floor and jump with anyone when she’s right, but she was limited by a stress fracture last season. A lot of Salisbury’s energy comes from her flying all over the place, so she’s eager to show she’s back to where she once was. She averaged 6.1 points.

“She’s that defensive harasser we need,” Brice said. “Just so athletic and she’s worked hard on her skills. You’ll see her on the wing more this season.”

Noble was sidelined by a wrist injury for last season’s stretch run, but has recovered. She’s a rangy athlete who can score inside and out. She averaged 6.3 points per game as a freshman.

Dalton is 6 feet tall, while Huntley and Noble are only a little shorter, so Salisbury has good size, along with everything else.

Believe it or not, it’s still basically a young team, centered around a five-deep junior class that is led by Kyla Bryant, a smart and sharpshooting combo guard who was co-player of the year for Rowan County and the Central Carolina Conference as a sophomore. She is also Brice’s daughter, so she is basically a coach on the floor in addition to scoring 15.4 points per game.

“Kyla played off the ball during the summer and shot really well, but she’ll be mostly a point guard for us,” Brice said. “She can handle it and she gets her teammates involved.”

Bryant, who has been slowed a bit by a sprained wrist, has picked up recent offers from North Carolina Central and Wingate.

In addition to Bryant, Huntley and Dalton, the junior class includes Mary Morgan, who has grown to 5-foot-9, and Icesis Nwafor.

Morgan bangs and battles inside.

“She communicates, she talks on defense, she hustles,” Brice said. “She’s the glue for us.”

Nwafor is a slashing wing player who averaged 5.8 points. She can rebound and has improved her outside shot.

Salisbury’s senior class is smaller in numbers, but it’s stout.

“Her defense keeps getting better,” Brice said. “And she’s driving more. She’s such a good free-throw shooter we need to get her to the foul line.”

McCullough doesn’t have college basketball aspirations, but she’ll have a chance to finish her career in a state championship game.

Senior Jaleiah Gibson averaged a modest 4.4 points, but she supplies a lot of the team’s toughness and grit.

“She’s physical and she’s a bully in a good way for us,” Brice said. “She’s worked hard on her mid-range shot. She could have a breakout season as a scorer.”

As if the Hornets needed more firepower, they’ve added Kieran “Kiki” Walker to the senior class.

Walker was a standout at her high school in Chambersburg, Pa., before arriving in Salisbury.

“She was a three-year starter and she brings a lot of experience,” Brice said. “She just fell into our lap. She can really shoot the ball. With Kiki, Rachel and Kyla, it’s going to be hard for teams to play zone against us.”

Andrew Mitchell and Talita McCain are back as assistant coaches for a team that averaged nearly 60 points per game, while allowing 32.

Salisbury is 108-18 the last five seasons. With 134 coaching victories, Brice is now seventh on the county all-time list for girls basketball.

As good as the Hornets figure to be, they’re focused on where they’re going to be at the end, not on going undefeated.

They are tackling an imposing non-conference schedule, including 4A Apex Friendship, led by Stanford recruit Indya Nivar.

“NBA schedule for us early,” Brice said with a laugh. “But it will tell us if there’s anything that we need to fix.”