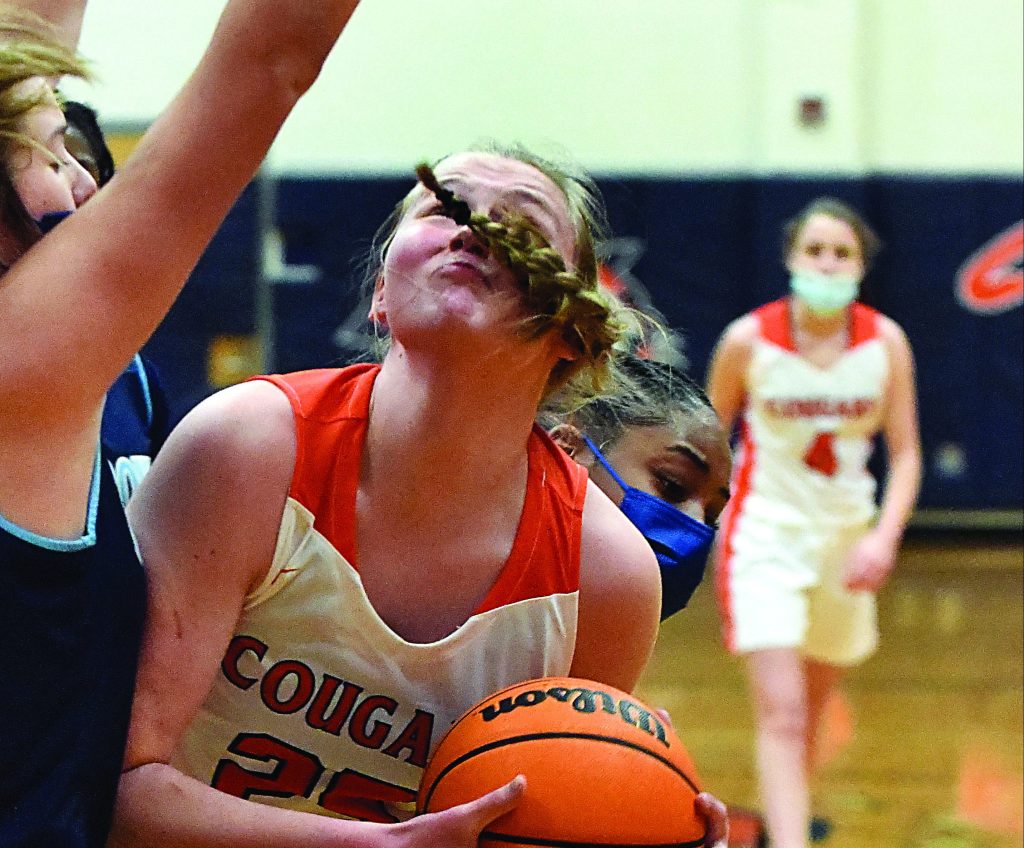 Mary Spry led the way for Carson. File photo by Wayne Hinshaw, for the Salisbury Post

SPENCER — Carson’s girls graduated four of the top six players from the 2021 3A state champs, but they’ll still be a good team.

Carson opened with a defensive-minded 55-38 win at North Rowan on Tuesday in non-conference action.

The Cougars got off to a decent start on the road and led 12-6 after a quarter. They were up 29-15 at halftime.

“Tough first half for us, as shots were not falling,” North head coach Anthia Smith said.

North got untracked some offensively in the second half, but couldn’t catch up.

Senior Mary Spry, a Catawba signee, led the Cougars with 16 points on 7-for-12 shooting. She had 19 rebounds and six blocks.

Hannah Isley, the other returning starter for Carson, scored 11 points and had 10 rebounds.

All eight Cougars scored, with Aliayah White getting seven, Camden Corley six, and Riley Isley and Makayla Johnson five each. Riley Isley and Johnson are seniors. They stand out in other sports, but didn’t play basketball last season.

Senior Hannah Wilkerson, the county’s only returning 1,000-point scorer, for girls or boys, scored nine, all from the 3-point line. Wilkerson had two blocks.

Ellis and Chloee Stone had four rebounds each.

“We looked much better in the second half,” Smith said. “We’ll learn from this first game and continue to move forward.”